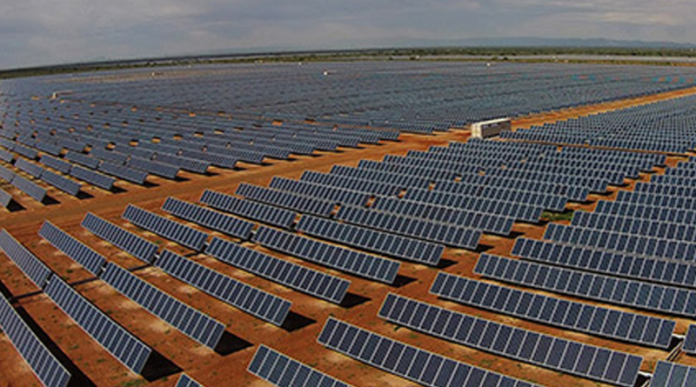 Egypt is set to launch the Benban Solar Park- the largest park in the world in August this year. Ministry of Energy and Electricity revealed the reports.

The Ministry said that construction of the park is being executed in accordance with the schedule put by the government and the investors, and the park will be inaugurated by the end of this year.

Benban Solar Park is built in the eastern region of the Sahara Desert. It is set to generate the equivalent of 90% of the energy produced by Aswan’s High Dam. Already home to the most important electricity production plant in Egypt, Aswan is set to bear and implement Egypt’s dream of having 20% clean energy by 2022.

Phase one of the Benban solar park was inaugurated last year in March by Egypt’s Minister of Electricity Mohamed Shaker. The PV Park is being developed under the feed-in-tariff (FiT) renewable energy programme, occupying 37 square-kilometers.

The project will reduce up to 100,000 tonnes of CO2-equivalent per annum. As a result it will support Egypt’s emission reduction targets under the Paris Climate Agreement, as well as promoting sustainable energy development and private sector participation in the country’s energy landscape.

The Ministry stated that the park will host 32 solar power plants to produce 1,465 megawatts. A total of 16 plants will be connected together by July 2019.

The Islamic Corporation for the Development of the Private Sector (ICD) and Alfa Solar Co signed facility agreements for a US $28.5m Shariah-compliant senior financier to part-fund the development, construction and operation of the Benban solar complex.

Additionally, the pair is partnering with the European Bank for Reconstruction and Development (EBRD), which will provide the project with a matching conventional loan facility.

In October last year, an Egyptian renewable energy developer and Germany-based solar partner, secured a US $87m syndicated loan for the construction and operation of two solar photovoltaic (PV) power plants at the Benban complex in Upper Egypt.

These funds were pooled from the European Bank for Reconstruction and Development (EBRD), the Green Climate Fund (GCF) and the Dutch Development Bank (FMO). The development aims to develop Egypt’s potential in renewables and strengthen private sector involvement in the power and energy sector.