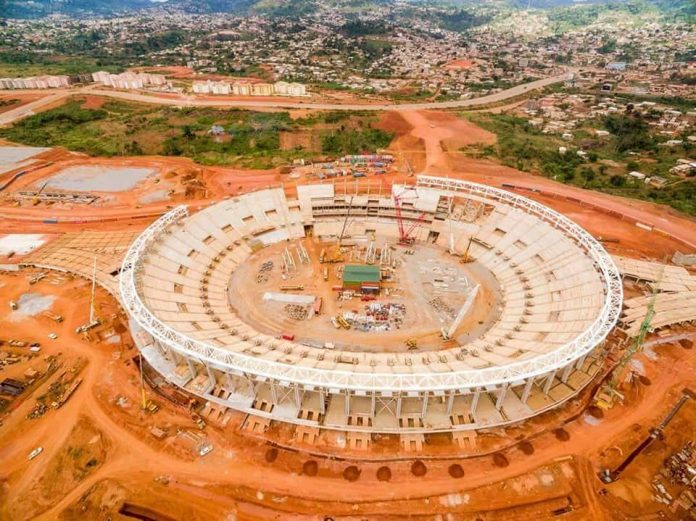 Construction works of the Olembe Stadium, earmarked for the hosting of the 2021 Africa Cup of Nations in Cameroon nears completion. This is according to Minister Delegate at the Presidency in charge of Public Contracts Talba Malla.

Speaking during an inspection visit at the stadium to evaluate the level of work done on the site, the Minister said he was impressed with what has been done so far and congratulated the workers for the effort.

“The level they have reached is acceptable and now we have to push them to go further so that they can meet the target. The government is optimistic that together with the stakeholders the work will progress because the State and the entire people of Cameroon need the sport infrastructure,” said Talba Malla.

According to the Minster, 60% of the project is done and works remaining include; gravel works, the turf and also the technological part which comprises electricity, water, lighting and painting, which will be due in four months. The seats are already in place and the stadium is covered.

The Sports Complex once complete, will feature a 60,000 capacity stadium, two training stadiums with 1000 seats each, Olympic swimming pool, a gymnasium, basketball court, volleyball court, handball court, tennis court, shopping mall, cinema, museum and a 5 star hotel with 70 rooms. Piccini, an Italian firm is in charge of the construction

The Minister called on the contractors to ensure that international norms are respected in the execution of the project.