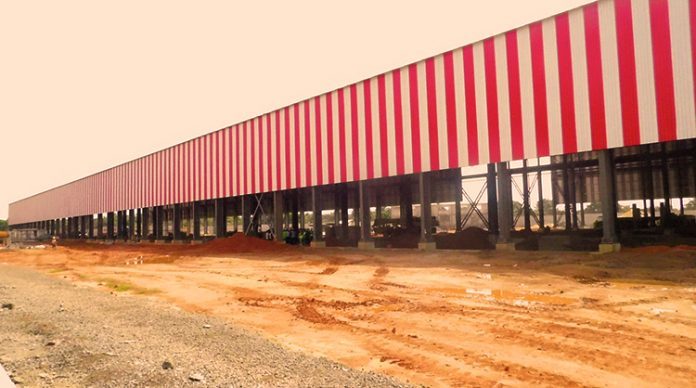 Construct of the largest steel plant in West Africa has been completed. The General Services Manager of the plant, Siafa Morgan announced the reports.

The new steel plant constructed at a cost of US $22m will specialize in the manufacture of squared pipes, steel round pipes, reinforcement steel bars and angle steels and services to meet the demand on the Liberian market and the West African sub-region.

The plant is environment-friendly having installed magnificent features including its own power plant which generates smokeless power for the factory using HFO fuel. The factory has several facilities such as first aid treatment and canteen, amongst others for employees.

According to Chief Executive Officer of Seth Brothers Sethi Paul, the plant will manufacturer steel from local scrap materials thus offering needed employment opportunities for over 1000 locals. It is also projected that the mass production of steel rod from the factory will help reduce the price of the commodity on the local market and boost the country’s economy.

“Construction of the factory is based on request the past Liberian government, then headed by Ellen Johnson Sirleaf, made to boost the country’s industrial sector. We want the government to ensure that no scrap leaves the country as raw material so that it can be processed into steel with additional value,” said CEO Paul.

As a commitment to its corporate social responsibilities to residents of the host community, Sethi has constructed a 1.4km concrete road at the cost of US $1.8m commencing from the main Somalia Drive corridor to the company’s facilities, safe drinking water and first-class public toilet facilities, amongst others.