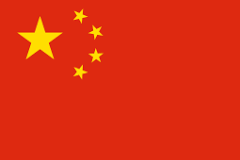 BEIJING, Dec. 24 (Xinhua) — Over the past 10 years, a Chinese development fund has invested billions of dollars in Africa.

Chi Jianxin, chairman of the China-Africa Development Fund, told Xinhua in an interview that the fund has 4.5 billion U.S. dollars to invest in 91 projects in 36 countries, with more than 3.2 billion dollars having already been invested.

“After the completion of all projects, the fund will channel more than 20 billion dollars from Chinese companies into Africa,” Chi said.

To support Chinese companies in Africa, the fund was set up in 2007 following the 2006 Beijing Summit of the Forum on China-Africa Cooperation.

The initial scale of the fund was 5 billion dollars, and the total was expanded to 10 billion dollars in 2015. It has invested in fields including infrastructure, production capacity cooperation and agriculture.

After completion, the projects will produce 11,000 trucks, 300,000 air-conditioners, 540,000 refrigerators, 390,000 televisions and 1.6 million tonnes of cement each year, raising Africa’s exports by 2 billion dollars and taxation income by 1 billion dollars every year, Chi said.

“Different from aid or loans, the fund guides more capital into Africa with its own investment,” he added.

This approach has been welcomed, as it allows countries to push forward the projects without any increase in debt burden and raises their own development capacity, Chi said.

In past few years, Africa has been generally political stable with fast economic growth, more urban residents and middle-class consumers, and a rising appetite for consumer goods.

“Africa’s infrastructure, manufacturing and agricultural fields have continued sound development and have huge potential, so we are upbeat about prospects,” he said.

The fund plans to make more investment and direct more capital into Africa under the Belt and Road Initiative and Chinese policies on international production capacity and equipment manufacturing cooperation.

In the process, the fund has taken an open attitude toward the cooperation with non-African countries and international organizations, as it sees supporting African development as “the joint responsibility of the international community,” Chi said.

The fund has reached agreement with the Bill & Melinda Gates Foundation on investment in agricultural and pharmaceutical sectors, and signed memorandum of understanding on investment and exports with the UK Department for International Cooperation.

It is also exploring cooperation with other partners, including the World Bank, the United Nations Industrial Development Organization and the African Development Bank.

In this way, the fund not only invests in Africa, but also helps African products meet the demands of the global market, which will in turn create jobs and expand exports, Chi said. Enditem