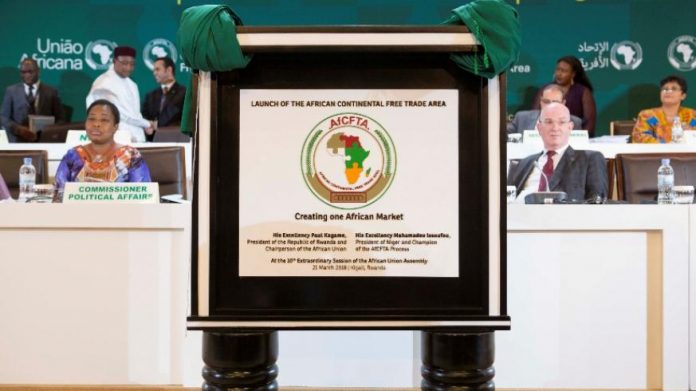 Twenty years ago, I hoped for an Africa that would draw closer and forge forward boldly, despite a bag of mixed fortunes.

Rwanda had just been blighted by genocide; the ubiquitous coup d’état still reared its ugly head in West Africa; although a tentative calm prevailed in Central Africa, political tensions simmered below the surface; Zaïre was in the throes of the ‘first Congo war’; the civil war in Somalia grew in magnitude and intensity; Ethiopia began an experiment in state-led macroeconomic planning; a democratic South Africa rose from the ashes of Apartheid, a veritable validation of the OAU’s ultimate goal of political liberation for Africa.

An interim period of positive change ensued, a growth fuelled by new media including the Internet, greater multiculturalism and a stronger attachment to democratic principles.

In March 2018, 44 of the 55 African Union Heads of State and Government enacted the African Continental Free Trade Area agreement (CFTA) in Kigali, Rwanda at its 10th Extraordinary Session, under the able leadership of H.E. President Mahamadou Issoufou of Niger, with H.E. President Paul Kagame of Rwanda as current AU Chairperson and H.E. Moussa Faki Mahamat, Chairperson of the AU Commission. Once in force CFTA will be the largest trade zone in the world, increase intra-African trade by 52% by the year 2022, remove tariffs on 90% of goods, liberalise services and tackle other barriers to intra-African trade, such as long delays at border posts.

The end of colonialism in the early 1960s created 55 African countries which cut arbitrarily across ethnic, cultural and traditional boundaries. They established the Organisation of African Unity (OAU) to promote unity and solidarity on one hand yet emphasised territorial sovereignty on the other. This hamstrung the OAU insofar as national affairs were concerned, and helped create regional economic blocks or communities (RECs) in the mid-1970s.

RECs engendered political and economic integration. The Economic Community of West African States (ECOWAS) and the East African Community (EAC) signed agreements for the free movement of goods, services and people. There are now 8 AU-recognised RECs and a number of sub-regional bodies that are actively pursuing Africa’s integration agenda.

In 1991 the Abuja Treaty established the African Economic Community (AEC), building on RECs for integration. At the 2001 OAU Summit, African Heads of States and Government adopted the New Partnership for Africa’s Development (NEPAD) as a further vector to accelerate African economic co-operation and integration.

The Summit recognised the importance of OAU input into REC programme planning and implementation. In 2002, the Constitutive Act of the AU was adopted in Lomé, Togo, formally replacing the OAU.

These milestones show that African economic integration is best pursued on a regional basis.

Rethinking Africa’s priorities is urgently called for. In this regard Agenda 2063, a consolidated strategy for sustained political and economic integration and prosperity, was launched by African Heads of State and Government at the 50th Anniversary of African Unity in 2013.

While business and consumer confidence have improved, investment, trade and productivity have not. This has a direct impact on both foreign and domestic investments in Africa, particularly in infrastructure.

As the world’s second-fastest growing region, Africa holds much promise for those willing to invest time to study our local economies and identify opportunities presented by a booming middle class with an endless appetite for consumables.

To this end, the AU-NEPAD Continental Business Network (CBN) continues to de-risk infrastructure projects in order to attract financing, especially through Pension and Sovereign Wealth Funds.

In September 2017, NEPAD and the CBN initiated an Africa-led and Africa-owned campaign to increase African asset owners’ contributions to African infrastructure from approximately 1.5% of their assets under management (AUM) to 5% of AUM. By using financial resources available on the continent and strengthening public-private partnerships, infrastructure investments should increase.

The CBN has called for a more strategic engagement with domestic institutional investors in support of this campaign.

The CFTA, is a monumental step for Africa; another significant milestone in Africa’s integration process. I have to however aptly point out that the CFTA was signed in Kigali the capital that experienced complete turmoil some 24 years ago but is now poised to become the futuristic “Wakanda.”

Dr Ibrahim Assane Mayaki, a former Prime Minister of Niger, is the current CEO of the African Union’s NEPAD Agency.