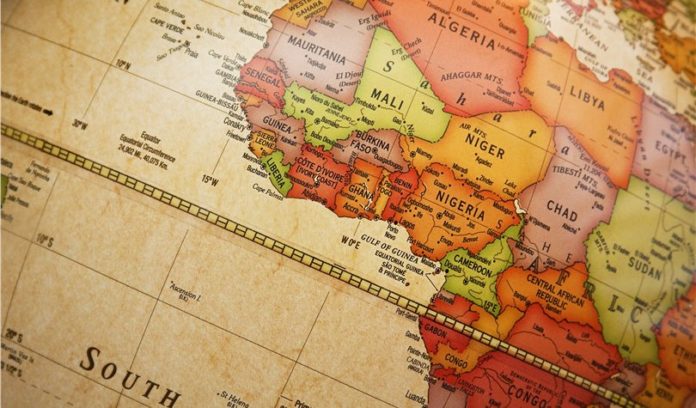 The establishment of the African Continental Free Trade Area (AfCFTA) is both ambitious and impressive, not the least of which because it created a platform for 53 heads of state across a vast and diverse continent to agree on something. But whether or not it’s a game changer for intraregional trade – or the region’s financial markets – depends to a large extent on whether Africa’s leaders knuckle down and finally address far more practical barriers to growth and cross-border commerce.
In March 2018, after five years of negotiation, African Union (AU) members took a big step towards bolstering intraregional free trade by establishing the African Continental Free Trade Area (AfCFTA), a wide-ranging agreement to eliminate tariffs on nearly 90% of goods, liberalise trade by eliminating red tape, and – eventually – create a continent-wide, 1.2 billion person-strong single market with a combined GDP of more than USD3tn and which includes free movement of capital, services, goods, and eventually, labour.
After securing the minimum 22-country ratification threshold at the end of May 2019, signatories are now in the process of negotiating an operational framework to help hash-out important customs and trade issues like rules of origin, tariff schedules, payments and settlements, with the aim of finalising the framework ahead of an AU summit in July.
Hopes Are High, Expectations Less So
Hopes are high that the deal will lead to material growth in intraregional trade, and for good reason. Some progress is being made on the development of a middle-income segment in countries like South Africa, Nigeria, Botswana and Ghana. But a potentially toxic cocktail prevalent elsewhere on the continent – declining but relatively high fertility rates, poverty, and an inability to move up the value chain in terms of the production of, or demand for, goods and services – risks eroding the demographic dividend many once ascribed to the region. 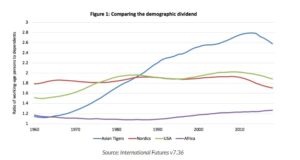 In terms of intraregional trade specifically, Africa has largely lagged behind her peers across emerging and developed regions, where the prevalence of country-to-country trade is unevenly distributed and largely centred around just four countries: South Africa, Namibia, Zambia and Nigeria. According to Afreximbank, intraregional trade in Africa accounts for just under 15% of overall trade (or approximately USD120bn), compared with 20% for Latin America, 28% for North America, 58% for Asia and 67% for Europe.
But as key details of the AfCFTA are thrashed out, anyone looking for a clear sense of how it will influence trade or economic development should tread carefully.
An oft-cited Economic Commission for Africa (ECA) report suggests the agreement has the potential to boost trade by up to 52.3% by eliminating import duties by 2022; with Nigeria’s recent inclusion in the pact, after initially pulling out last year just days before they were due to join, the AU increased that figure to 60% by 2022. The ECA said that could double if non-tariff barriers are also reduced. But all of these forecasts come with a sizeable list of largely unrealistic caveats – including, notably, full implementation of the AfCFTA by 2017 and tariff harmonisation.
“Laudable though it may be, it seems difficult to imagine how the scale of growth and improvement in intraregional trade being talked about is going to be achieved with this deal in its current form,” explains Robert Besseling, executive director at EXX Africa, a political and economic risk consultancy.
The current approach to tariff removal and exemptions appears problematic from the outset, especially as many African countries pursue moving up the value chain when it comes to domestic production. 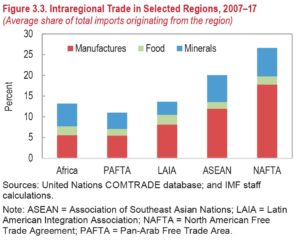