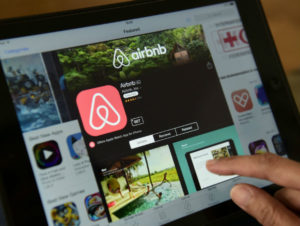 Data released by the hospitality community, Airbnb, reveals that guests are travelling off the beaten track, to towns and cities others often overlook. According to the data, Bloemfontein, South Africa’s judicial capital, has tripled the number of guest arrivals in an Airbnb listed home compared to summer 2016/2017. As expected, South Africa is still the country with the most guest arrivals on Airbnb with a 60% increase in inbound guests compared to last summer.

Pretoria saw a 177% increase in guests on Airbnb while Grahamstown went up by 155%, proving that inland travel in South Africa is giving coastal destinations a run for their money. That said, Cape Town still reigns supreme with the third-most guests of any city in the southern hemisphere, behind only Sydney and Melbourne.

New Year’s Eve was not only the biggest night for Airbnb globally but also for South Africa. Roughly 40 000 guests booked an Airbnb home somewhere in the country to ring in the New Year in style – a new record for SA.

But it’s the tale of the rest of Africa than illustrates accommodation sharing’s true impact on the continent. Egypt saw a 134% increase in guest arrivals compared to last summer, with two of its cities seeing the biggest percentage growth. Egypt’s pristine coastline seems to be a favourite on Airbnb, too, with Hurghada with its long stretch of beach seeing a 220% increase in guest arrivals and neighbouring El Gouna also more than tripling in guest numbers.

Growth % in guest arrivals by country:

With home sharing growing across the continent more hosts can create economic opportunities for themselves, their families and the communities in which they live.
Hosts keep up to 97 percent of the price they charge for a stay in their homes. About 42 percent of guests’ spend occurs within the neighbourhoods they stay in. The financial benefit of home sharing can be significant for emerging travel destinations.

Airbnb now has more than 100 000 listings across Africa. Combined with the $1 million investment through 2020 to promote and support community-led tourism projects in Africa, the company’s vision to empower communities through home sharing and to promote people-to-people tourism that benefits local families and their communities is on course to be realised.