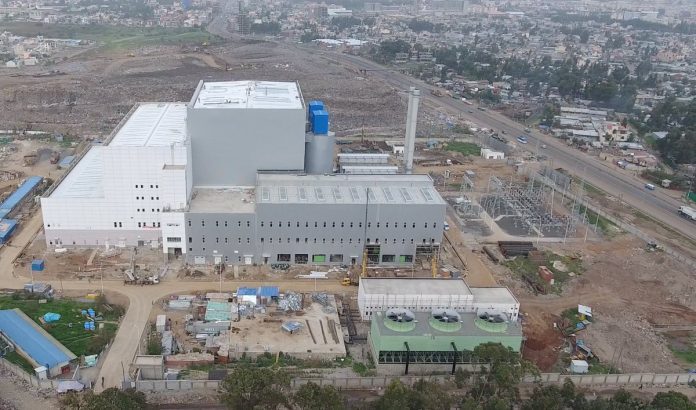 President Mulatu during the inauguration event said investment in energy projects is crucial if Ethiopia is to achieve its aim of becoming an environmentally friendly industrialized middle-income economy by 2025.

“As Africa’s first waste-to-energy facility, Reppie’s completion and operation shows great vision,” he said. “It has found a green road to urban development in Addis Ababa, Ethiopia and Africa,” said the President.

The Reppie waste-to-energy facility is located in Addis Ababa, was constructed by China National Electrical Engineering Company (CNEEC) but fully financed by the Ethiopian government. The project according to Mulartu is expected to process 1,400 tons of solid waste daily.

According to the president energy sector has been a key driver of economic growth in Ethiopia over the last several years due to the much needed electricity supply for the country’s economy to transition from predominantly agricultural to industrial and to attract local and foreign investors.

“Ethiopia has been investing extensively in hydro power, geothermal, wind energy, solar energy and now biomass to boost the manufacturing sector with a supply of clean, renewable energy,” he said. “Reppie waste-to-energy project is part of that grand strategy” said President Mulartu.

“The Ethiopian government hopes with the commissioning of this project it can turn an increasing urban rubbish menace into an economic boom. “Reppie waste-to-energy project is part of that grand strategy,” he said.

Zhang Yanfei, presidentof CNEEC, said the waste-to-energy facility is one big step forward to make Addis Ababa, a city with a population of over 4 million, clean and healthy. The Chinese Ambassador to Ethiopia Tan Jian also commented that the construction of the facility also boosted the knowledge capacity of Ethiopians

“Reppie is the best possible way to address the capital city’s garbage problem, while providing steady power supply. Construction is important. Capacity-building is equally important, if not more. For many projects in Africa, this could be quite a challenge; software could be more important than hardware,” Tan said.