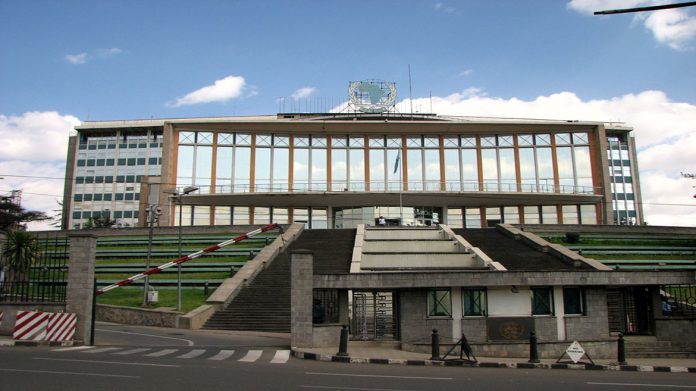 The Africa Hall, the permanent headquarters of the United Nations Economic Commission for Africa (UNECA) situated in Ethiopia is set to undergo renovations projected to cost US $ 56.9m.

The Economic Commission for Africa and Ethiopia (ECA) signed an agreement which marked the beginning of the iconic project which is where the predecessor of the African Union (AU)—the Organization of the African Unity (OAU)—was established.

According to ECA, the project will undergo modernization while still preserving the historical heritage. Currently, it is in its planning and design phases and is expected to move towards contract bidding soon. Construction cost is to be covered through the UN’s regular budget and voluntary contributions from member states.

The Africa Hall was built with the aim of ensuring heritage preservation and conservation of Africa Hall as a permanent symbol of Africa’s history and unity. The structure, which was built in a period of 18 months, was completed in February 1961. It covers a total area of 75,000sq.m with an operational area of 13,800sq.m. consisting of 3,600sq.m. of conference halls, 5,500sq.m. of offices and 4,700sq.m. of general facilities.

Back in 1971, the construction work again commenced funded by the United Nations to extend the structure, which was completed in 1975. It contains a block of 800 new offices, a 6-storey building to house the vast library and other edifices for general facilities. This extension work added a further 130,000sq.m. plot.

It was here, in the conference center, that the African Union’s predecessor, the OAU was founded on 25 May 1963. The building hosts the late Maître-Artiste World Laureate Afewerk Tekle’s most famous work, Total Liberation of Africa, a 150sqm stained glass artwork.

The renovations aim to rectify a multitude of deficiencies and deterioration within the Hall to ensure it remains safe, functional and is in strict compliance with the highest international standards for conference facilities while preserving its originality.  The project will encourage African youth to learn more about their history, especially the decision by pan-African leaders to work together and speak as one with the formation of the OAU. Completion of the project has been set for 2021.