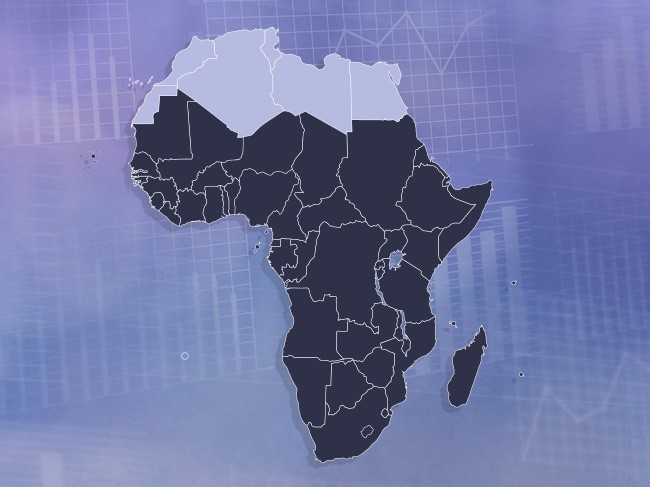 2017 was a moderately busy year for M&A activity in the Sub-Saharan Africa region (SSA), with deal data pointing to a slowdown in M&A, both in terms of the number and monetary value of deals. Recent data shows that the total value of M&A deals was approximately $21.6billion – a 37 percent decline from the previous year. Similarly the number of deals fell nearly 7 percent in 2017, continuing their gradual decline since 2014. Although South Africa still remains the top target country in SSA, accounting for over 42 percent of total M&A values in 2017, the value of deals in South Africa declined significantly in that year, recording just $9.1billion worth of M&A compared to $23.3billion in the previous year. In fact, in 2017, South Africa M&A values were at their lowest since 2013.
The Oil and Gas sector was the largest target sector for M&A activity in 2017, accounting for 36.4 percent of total M&A values. This was mainly fuelled by two large deals in the sector in that period – Exxon Mobil’s acquisition of a 25 percent stake in ENI East Africa for $2.8billion, and Assala Energy’s acquisition of Shell Gabon for close to $1billion. The Mining and Metals sector, which had accounted for some of the largest share of deal activity in previous years, was the second largest target sector in 2017, accounting for about 20 percent of total M&A values.

Volume and value of M&A in SSA (Source : EY)

Three key factors behind the slowdown in M&A in SSA in 2017:

According to EY’s Africa Attractiveness Program (May 2017), 2016 was the worst year for the continent in nearly 20 years. The continent experienced low economic growth, on the back of falling commodity prices, currency volatility and high inflation. As a result, the “Africa Rising” narrative tapered off and investors held back. This trend seems to have carried on in 2017, with investors continuing a cautious stance on dealmaking in the continent. In addition, political uncertainty in some of the major African economies – Nigeria, South Africa and Kenya – has also contributed to investor apathy, resulting in them adopting a “wait-and-see” attitude to dealmaking in the continent as a whole.

International investors in particular have seemingly taken their feet off the deal pedal in SSA as they focus on more inward looking developments and uncertainties in their home markets. For example, the UK’s focus on Brexit and the ongoing political uncertainty in Europe has meant most investors in those regions are focusing more on domestic issues rather than on pursuing international M&A opportunities in Africa. Similarly, slower economic growth in China, and the more inward looking policies in the USA have also meant that investors in those regions have held back on international expansion endeavours, not least in SSA. Higher exchange rate risks were also a deterrent for inbound investors in Africa in 2017.

This is particularly the case for international private equity investors in Africa. 2017 saw muted appetite for deals in SSA from the large private equity investors, with some significantly reducing their focus on the continent. For example KKR recently reported that it was dissolving its Africa investment team because it could not identify “sizeable” opportunities in the continent. Most private equity investors cited a lack of visibility of deal opportunities in Africa as one of the key challenges in doing deals in the continent. Although opportunities do exist, most are seen as too small, not investible, or not well packaged enough into sellable assets. The lack of readily available data also hampers investors as they cannot accurately assess risks to complete due diligence processes. This is an ongoing problem and is likely to continue to be a challenge in the short to medium term. On the other hand, Development Financial Institutions (DFI’s) are playing a key role in bridging this gap as they lead the way in investing in early stage businesses in Africa (and other emerging markets), and up-scaling them to a level where larger private equity players are more comfortable to make secondary investments.

While investors are approaching M&A in SSA with greater caution, the continent remains an attractive proposition in the medium to long term as it still evidences strong fundamentals for high growth potential. The region will continue to be of interest to investors, even though there has been a pause in activity in 2017. I see it as a slowdown, rather than a complete stop in M&A activity. On the other hand, there is growing appetite for outbound M&A by SSA-based firms who are looking to gain an international foothold by acquiring targets outside of Africa. This trend is being led mainly by South African firms, and a recent example includes FirstRand’s acquisition of UK challenger bank Aldermore for $1.1billion. This trend is likely to continue as African corporates continue to mature and become international players in their own right.