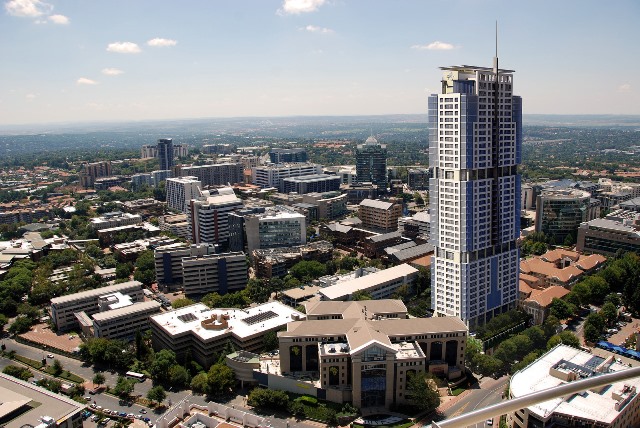 By mid of this year, the US $210m Leonardo, Sandton in South Africa is poised to take the crown of Africa’s tallest building from the Carlton Centre a 50-storey building approximately 223 meters tall, in downtown Johannesburg.

The Leonardo, is a 55 floor mixed-use property development which stands at a height of 234 meters (768 ft.) on a 3 200 m2 piece of land, is located in 75 Maude Street, approximately 100 meters from the Johannesburg Stock Exchange in Sandton, South Africa.

Its architectural Design is a brainchild of South Africa’s Co-Arc International Architects and the building is developed by Nedbank Property Partners in collaboration with Legacy Groupand JSE-listed Aveng Grinaker-LTA as the contractor.

In January this year, the Leonardo was declared by a US-based news corporation as “one of the most anticipated buildings on the world in 2019” alongside other big projects like the world’s largest underwater restaurant in Norway dubbed Under and  Beijing’s new Daxing airport which is set to serve 72-million passengers a year.

Features of the Leonardo

The development includes two levels of public areas off the street linked by an escalator to an interactive lobby space which will be home to the reception area for the 230 apartments which rise up to the 41st level, penthouse suites with their own gardens and 7 500 m2 of sectional title offices.

The heart of the development with landscaped gardens, restaurants, a bar, a crèche, a gym and a spa is situated on the 7th level and it is linked by shuttle lifts directly into the parking garage.

Legacy development have bought 10 floors in the building where they plan to establish luxury hotel in the future, depending on the demand and conditions in the hospitality sector.

Above the development floors there are eight penthouses and the Leonardo suite, reaching from the 49th to the 55th levels. In addition the building will also feature 1 900 m2 under-roof living space and 1 300 m2 of outdoor patios and gardens, with a 20 m lap pool and gym area.