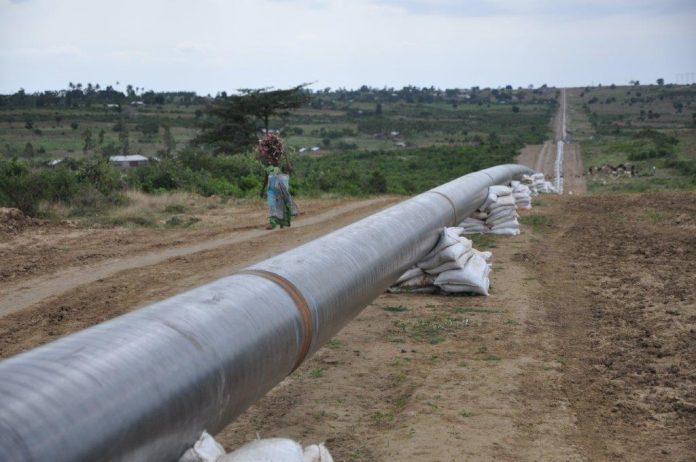 Construction work on the Uganda-Tanzania oil pipeline seems closer to becoming a reality now that Tanzania has announced that they have completed geophysical and geological studies . This was announced by DR Kalemani Energy Minister for Tanzania who sought to allay rumors that the project may not see the light of day. The minister was speaking to the press in the company of his Ugandan counterpart Eng. Irene Muloni in Dar-es-salaam.

When completed the pipeline will stretch from Hoima in Uganda to the Tanzanian Port of Tanga on the East African coast a distance of over 1400 kilometers and will cost an estimated US$ 4 billion.

It is expected that 70 percent of the funding for the project will be raised by Uganda and Tanzania while the rest will come from Tullow and CNOOC.

Forth largest crude reserves in Africa

The Homa to Tanga crude oil pipeline will deliver crude oil from Uganda to the East African port town of Tanga. Uganda boasts having the forth largest reserves of crude oil so far discovered on the continent of Africa behind Nigeria, Angola and South Sudan. The proven reserves currently stand at 6.5 billion barrels a day.

Owing to the viscous nature of Uganda’s crude oil the 24 inch diameter pipeline will have to be heated to make the crude oil flow easier which will make it the longest electrically heated pipeline in the world.

The decision for Uganda to opt for the Tanga route came after intense lobbying by Kenya to build the pipeline through its country to the port town of Lamu via Lokichar where Kenya has also discovered oil. Since then Kenya has made the decision to go it alone on this project.