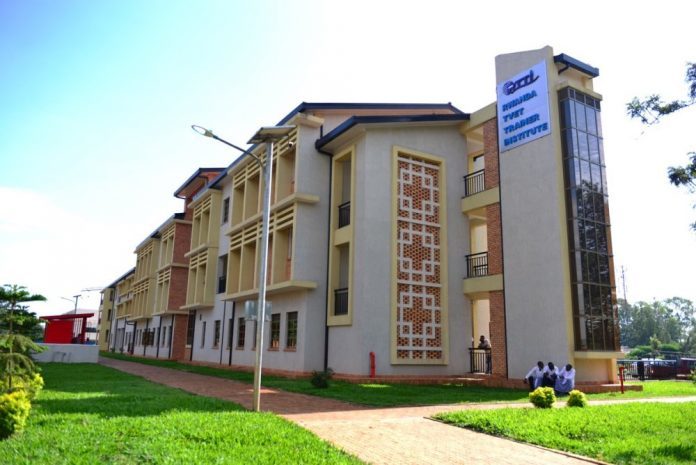 The new campus is part of China-aided project which they have fully financed. Located in the rural part of Bikara Cell in Nkotsi Sector, Musanze District, the complex will sit on a 7,600 square metres. It will be made of classrooms, administration offices, student hostels, multi-purpose hall, training workshops, and other functional rooms, according to officials.

“His Excellency President Kagame, has previously said that “education is about dignity and is the key to Rwanda’s future”, we couldn’t agree more; that’s why we attach great importance to the bilateral education cooperation,” said the ambassador.

Besides funding the expansion, Rao Hongwei said his government has supported the school in various ways, including setting up a technical skills development centre and a Chinese language learning centre in additional to providing training equipment and materials, valued at about US $300,000. The existing campus was also constructed at a tune of US $14m, also fully funded by the Chinese government in 2014.

Eugene Mutimura, the Minister for Education, also commended the contribution of People’s Republic of China in strengthening the education sector in Rwanda pointing out that expanding IPRC-Musanze will increase the capacity to absorb more students into TVET, which he said the country has made a priority.

“The grant for the extension of IPRC-Musanze is timely as Rwanda has started to implement the policy of increasing the number of students that go through the TVET stream compared to general education. The Government wants that, by 2024, at least 60% of the students who graduate from Ordinary Level, will be joining TVET programme,” said Mutimura.

Upon completion, the facility it will be ready to host one of the 10 ‘Luban workshops’ that Chinese President Xi Jinping promised to build across the African continent, according to officials.

Luban workshops are centres that offer certified skilled talents and are dedicated to cultivate students’ professionalism, and comprehensive practical ability and creativity. The extension works will last 18 months and expected to be officially inaugurated by December 2021