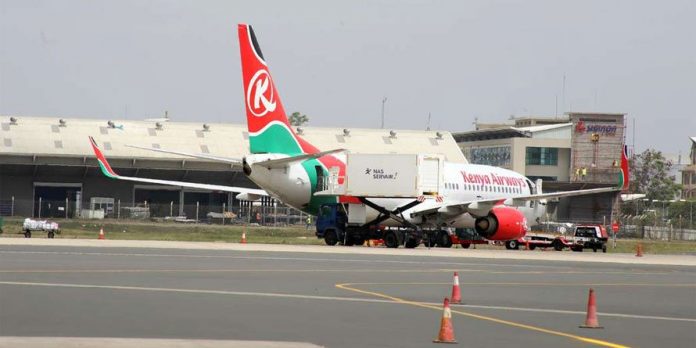 Kenya Airways’ shares were suspended from trading at the Nairobi Securities Exchange (NSE) for the next two weeks after the government announced last week that it was moving to restructure ownership at the State-owned airline.

On Monday, Treasury and 10 local banks said they had converted their debt, worth more than Sh44 billion, in the struggling Kenyan carrier into equity effectively making them the majority owners with an 87 per cent stake.

The government’s stake under the plan will rise to 48.9 per cent from 29.8 per cent, while the banks’ stake – acquired under a special purpose vehicle known as KQ Lenders Co. – will stand at 38.1 per cent.

A note from the NSE sent out early on Wednesday said trading in the airline’s shares will be suspended between November 15 and November 28.

“The suspension is to facilitate the share split and simultaneous consolidation of the company’s shares which forms part of the Kenya Airways PLC capital transaction,” the note stated Wednesday.