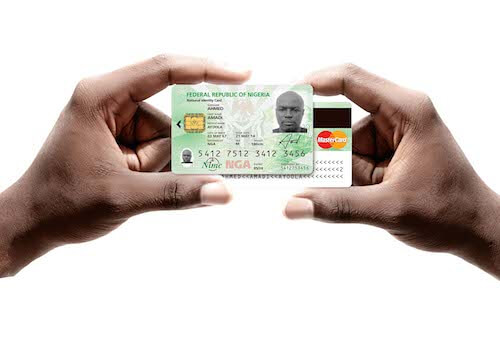 Nigeria plans to issue identity numbers to 70 million citizens by the end of next year, a first step to bringing them into the country’s payments system.

“We currently have silos of identity with several agencies,” Aziz said in a May 7 interview in Abuja, the capital. “The NIMC will play the role of the harmonizer and coordinator of the back-end database, while allowing all the other agencies to have touch points and areas of interaction with the citizens.”

Concerned that large segments of its population remained outside of the banking and payments system, Nigeria formed a partnership with Mastercard Inc. to issue identity cards embedded with their payment chips in 2015. There are plans to expand the collaboration by including other payments companies, with the ultimate target of covering all citizens, he said.

In addition to the facilitation of payments, the identity numbers and the accompanying cards will be used for tax and health insurance administration, voter verification and help keep track of population changes, Aziz said.

Lagos-based Interswitch Ltd., which issues Verve debit and credit cards, is at an advanced stage of linking its payments with the national identity database, while United Bank for Africa Plc is working on a pilot, according to Aziz. Citizens will be able to make their choice of payment companies during enrollment.

Nigeria is still a long way from covering most of the population and is concentrating on integrating existing data, Aziz said. “In the next two or three years we should be able to capture all the data from both the public and private sector,” he said.

With immediate efforts geared toward providing unique identity numbers for all citizens, a major challenge is the absence of civil registration records in many parts of the country, often making it difficult to authenticate claims of origins, according to agency officials.