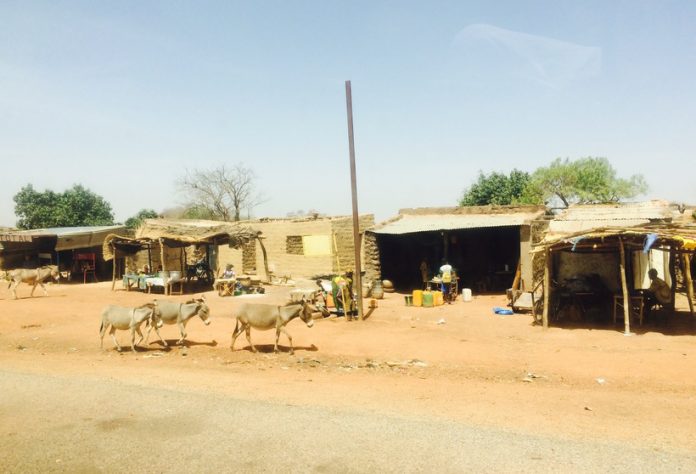 This year there has been a fundamental change in the dynamics of migration from Western Africa to Europe. European governments, pressured to manage the large flow of migration from Sub-Saharan Africa, have blocked one of the primary transit routes connecting the two zones: the one passing through Libya. This action has stranded migrants in this region where violations of human rights are threatening the physical health, the psychological well being, and the very lives of countless migrants.

Many articles have been written on why people migrate from West Africa. We know that living conditions there are often extremely challenging and that the scarce hope of a decent life for the enormous population of young Africans is worth the difficult journey north. We know that many states are dysfunctional and incapable of guaranteeing basic public goods and services. We also know many of these societies lack inclusiveness and are divided by conflict. Nevertheless, we need to find an explanation to some facts and questions to understand this phenomenon. One such fact is that many people in West Africa live on $2 per day. How can they afford the expensive undertaking of migration?

How the Informal Economy Finances Migration

In my opinion, one of the answers is that migration is an investment channel for the informal sector and is an expression of the gender division of labour inside it.

In Sub-Saharan Africa, the informal sector is enormous, sometimes representing up to 70% of total employment and 65% of the GDP in some countries. Within the informal sector, there are savings and investment mechanisms that allow people, many of them illiterate and with no access to banking, to acquire some credit in order to invest in micro businesses capable of insuring their survival. This can be applied to investments as small as purchasing chickens to sell eggs on the roadside, or buying a bicycle to go to work. To support these informal investment schemes there are two main systems: the tontines and rural credit.

Tontines are traditional savings plans in which a small group of participants contributes regular sums of money into a shared account, and takes turns in collecting a pay-out (la cagnotte de la tontine, in French). This one-time windfall can be used to finance a migrant’s costly travel to Europe. Rural credit networks, often promoted by international aid, lend money for micro investments. They can indirectly finance migration, as through them individuals can access a loan to buy productive assets — the chicken in the above mentioned example —, work to repay the loan, sell the assets and then use the profit to migrate.

In reality, these schemes often initially pay for only the first leg of migration, sending people as far as Libya or Algeria. According to some research we carried out in Burkina Faso and Mali, the average cost is 460 euros. Once people reach the shores of the Mediterranean, they have two options to fund the rest of their journey: work, often as a builder, to pay the final passage; or wait for their community back home to activate tontines or other informal credit schemes to contribute to the final passage. This last leg costs on average 1,230 euros. At this point, the investment of a larger sum by the community is more justified, as a significant part of the travel has been completed, and deserts and other perilous places already overcome. The community is now closer to obtaining the final reward for their investment in the migratory journey. Once in Europe, many migrants try to integrate into the European informal sector. Despite lower pay, working informally accelerates their access to revenue, and thus their capacity to reimburse communities back home. Let’s take the example of those who end up working in tomato farms in Southern Italy. They earn 22 – 30 euros per day, with no social or labour protection scheme, and often in inhumane working conditions. However, this income allows them to immediately repay some interest on the investments made in their journey. Of the 1,700 euro average cost for the investment in their migration, if one can put aside 2 euro a day (quite feasible, even as an underpaid tomato picker), they can send back an interest of over 20% on annual basis. Even better, a migrant who is eventually able to access formal employment has won the real jackpot. He/she becomes able to send back much more than interest and principal, and in only a few short years. Through my frequent African travels, I have personally witnessed how relatives of migrants live in better houses and enjoy a higher social status. This is often thanks to the remittances they receive: small money in Europe, but a big deal at home.

It is known throughout Africa that it is mainly men who migrate. Why? Because women work and can generate an income at home within a huge range of employment possibilities. They also carry the burden of feeding their families and investing, for example in sending men to migrate, through one of the schemes above. It is women who chip in to the tontines or contribute to the success of a micro-business financed through rural credit networks. On the other hand, men favour the choice of trying migration – a tough, risky, and often violent operation. Indeed, migration from to Europe requires physical strength, and the capacity to fight and suffer brutal forms of harassment.

There is no easy solution to the problem of migration. Now that European borders are more guarded, many migrants travel and remain in other African countries, creating tensions between local populations and forming even more instability and a desire to leave the continent. And one must not forget, in the near term migration to Europe will always ensure a better return on investment in poor African communities, as labour – even informal labour — is better paid in Europe. Thus, an aspiring migrant will keep searching for other channels to reach Europe, and this is happening already: migration routes are now going towards Algeria, Mauritania or Morocco, aiming at Spain.

I believe the real way to address this phenomenon is to foster a more functional and inclusive economy in Africa. Those informal activities that allow subsistence levels of life should be supported – with better legal protection and more public infrastructure – for them to become more productive and generate more income. By doing so, local societies have an incentive to invest in local businesses that provide an alternative to investing in migration; to invest at home instead of investing abroad. In this way, tontine and rural credit schemes can become a real resource for Africa, as opposed to African migration.