Home News Companies & Markets Is it a good time for investors to put their money in... 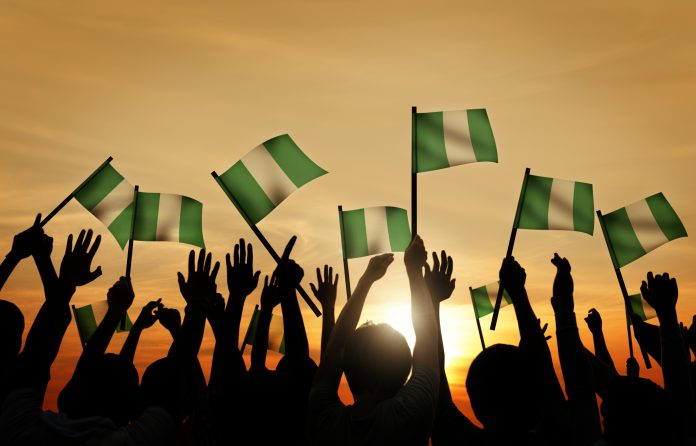 Nigeria has enjoyed strong economic growth rates in the last two decades, benefiting from rising oil prices and expansion of non-oil sectors. The plunge in oil prices in 2014 induced fiscal pressures and foreign currency shortages, and spilled over to non-oil sectors, tipping the economy into recession in 2016.

Medium- to long-term prospects look optimistic, with solid fundamentals underpinning growth expectations. The economy has grown by an average of 5.4% between 2008 and 2016, during which time its size more than doubled to US$400bn by 2016, thereby becoming the biggest economy in Africa. The economy is projected to grow to over $650bn by 2022.

Nigeria is ranked 19 out of 54 African countries in the Quantum Global Africa Investment Index, largely reflecting the large size of the economy and population. It received $4.4bn in foreign direct investment (FDI) in 2016, becoming one of the largest beneficiaries of FDI in Africa. Foreign exchange shortages have eased, especially with the introduction of the Exporters and Investors FX window in April 2017 to boost liquidity in Nigeria’s foreign exchange market.

The government is intensifying its efforts to diversify the economy from oil to other sectors such as agriculture, manufacturing and services sectors (financial services, information and telecommunications, entertainment, hotels and tourism). Today, the oil sector accounts for about 10% of GDP, compared with over 30% in the 1980s.

Agriculture is key to economic diversification, yet its full potential remains far from being fully realised. The sector contributes over 22% of GDP, and is by far the largest contributor to employment, absorbing about 60% of the working population. Food imports accounts for 15% of total imports, reflecting considerable opportunities for import substitution and the establishment of export-oriented agricultural production.

Investment opportunities lie in crops such as maize, rice, cocoa, cassava, cocoyam, cashews, potatoes, sugar, yams and vegetables, and in agricultural inputs (seeds and fertilisers) and production of equipment for irrigation and mechanised technologies.

The contribution of the manufacturing sector remains below its potential, accounting for 10% of GDP in 2015, well below other African peers such as South Africa (13%) and Mauritius (16%). Nevertheless, manufacturing is the ideal sector to drive Nigeria’s industrialisation and structural transformation. More investment is needed to create industrial clusters to increase value addition in resource sectors (oil refinery), agro-processing value chains, chemicals, pharmaceuticals, and textile and footwear. The high fuel import bill (16% of total imports) highlights the need for investment in oil refineries.

The services sector, including telecommunications, hotels and tourism, and entertainment, have posted solid growth rates in recent years and continue to hold potential. On average, these sectors have grown by 9.4%, 22% and 37% over the period of 2010-2015, respectively. In the financial services sector, technological advancements are creating significant value in new financial products such as mobile banking, helping to boost efficiency and productivity and permitting greater financial inclusion.

The tourism sector – currently contributing 1.7% to GDP – has the potential to contribute more to the economy and to generate foreign exchange, create employment and promote tourism-based enterprises, especially in hotels, coastal resort development, amusement parks and other tourism infrastructure. These sectoral dynamics portend attractive opportunities in these sectors, and now is the time to unleash.

Nigeria’s huge infrastructure deficit, especially in power and transport, is a big constraint on economic activity. The low rate of household access to electricity (56%) and frequent power outages (averaging 33 per month) are raising the cost of doing business and reducing competitiveness. With a population growth rate of 2.7% per annum, demand for power and other infrastructure is expected to continue expanding. Substantial investment is needed to address the infrastructure deficit. Investment is needed in generation, distribution and maintenance of existing energy infrastructure, gas pipelines, construction of solar farms and other off-grid power solutions and manufacturing of power equipment. A number of incentives have been put in place to encourage investment in infrastructure, presenting the best opportunity for strategic investors with long-term interest in the country.

Nigeria boasts an abundance of natural resources and a strategic location, which continue to engender a vast investment potential. It is the largest producer of oil in sub-Saharan Africa, with over 37 billion barrels in proven oil reserves. The country holds the largest natural gas reserves on the continent, and has ample deposits of other solid minerals such as coal, limestone, iron ore, gold, and lead. Its coastal ports allow easy access to the developed markets of Europe and America, while the extensive network of transport routes link the country to African markets.

The country’s democracy is maturing and becoming firmly entrenched, with peaceful political transitions and stability in the last two decades. These democratic gains combined with reforms on governance especially on stemming corruption, is helping to create a fertile ground for doing business. The security situation is holding up, helping restore economic activity in the oil sector.

On the governance front, issues related to corruption and security in the oil producing regions has often affected perceptions about investing in Nigeria. The World Bank’s Ease of Doing Business 2017 index ranks Nigeria 145 out of 190 countries, moving up 24 places as reforms yield results, but still reflecting some bottlenecks in doing business. Despite recent challenges, Nigeria continues to present tremendous long-term investment prospects, and therefore now is the best time to invest in Nigeria.