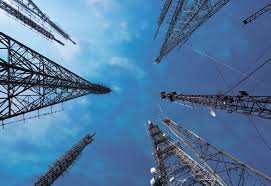 Helios Towers has ditched its plans to launch an initial public offering (IPO) in London which was expected to value the business at about 2 billion pounds ($2.8 billion), the African mobile networks operator said on Thursday.

Helios said it had received “considerable interest” from institutional investors who were supportive of its business plan and growth prospects but its shareholders had decided to withdraw the planned listing. No reason was given.

Helios is owned by telecom firms Millicom and Bharti Airtel and hedge funds including Albright Capital Management and Soros Fund Management, which owns more than 20 percent.

On March 2 it said it was targeting an IPO on the main market of the London Stock Exchange in early April.

Helios was formed in December 2009 and owns around 6,600 towers in Ghana, Tanzania and the Democratic Republic of the Congo.