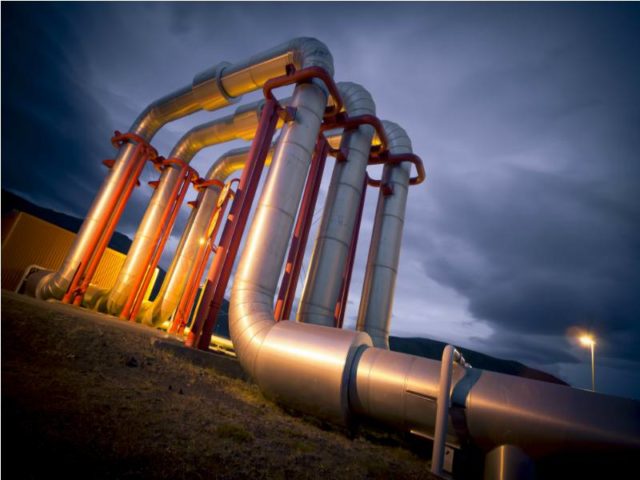 New analysis finds G20 countries are investing heavily in fossil gas in direct contradiction  with Paris Agreement goals they have agreed to, according to a report titled ‘Debunked: The G20 Clean Gas Myth’.

The report finds that G20 countries, in the absence of new policies, are set to see investment of over $1.6 trillion in new gas projects. If this investment takes place – and if Argentina’s Vaca Muerta shale gas reserves are developed – it would seriously jeopardise the climate goals set out in the Paris Agreement.

Paul Horsman, Greenpeace Andino Project Leader commented: “Opening more oil, gas and coal reserves condemns the world to more deadly climate impacts. Governments should take responsibility, keep to their Paris Agreement pledges, and stop spending billions of dollars to open even more reserves that neglect the rights of citizens and the environment. People are already paying with their lives and livelihoods for oil and gas extraction, only a shift to massively expand renewable energy sources will guarantee economic success and protect us and our children.”

Published by Oil Change International and endorsed by over 20 organisations around the world, the report findings include:

The concept of fossil gas as a “bridge fuel” to a stable climate is a myth. Emissions from existing gas fields, alongside existing oil and coal development, already exceed carbon budgets aligned with the Paris Agreement. Even if all coal mines were shut down tomorrow, the gas and oil in already-developed fields alone would take the world beyond the carbon budget for a 50% chance at staying below 1.5ºC of global warming.

Despite this reality, G20 countries are projected to host investment of over $1.6 trillion in new gas projects by 2030. If this happens, emissions unlocked through 2050 would make it extremely difficult to meet the goals of the Paris Agreement, which has been signed by all G20 members.

Stephen Kretzmann, Executive Director of Oil Change International, commented: “The idea that fossil gas could be a bridge to clean energy dates back to the time when cell phones were tethered to briefcase-size batteries. Fossil gas today is just one more dirty energy source now completely bypassed by newer, cleaner, cheaper, and better technology. It’s time for the G20 to follow through on their commitment to end fossil fuel subsidies, and to begin to discuss how to limit production of all fossil fuels in line with the Paris Agreement’s goals.”

Five countries – the United States, Russia, Australia, China, and Canada – are projected to be responsible for 75% of capital expenditures in gas production in G20 countries from 2018-2030.

Argentina’s push to open massive shale gas deposits to investment risks undermining its commitment to the Paris Agreement and the work of the Energy Transitions Working Group during its G20 Presidency.

Lidy Nacpil, Coordinator of the Asian Peoples’ Movement on Debt and Development commented: “The world does not have the time nor the space to use gas as bridge or transition fuel. We need to fully decarbonise by 2050 if we are to have a good chance of preventing the climate crisis from reaching catastrophic levels. And that means phasing out the use of all fossil fuels as fast as possible. Those who argue for stepping up production and consumption of gas in the transition are either conveniently ignorant of the science or are deliberately deceptive.”

Dr. Katherine Kramer, Climate Change Global Lead of Christian Aid said: “The G20 presents an opportunity for economically powerful countries to debunk the dangerous myth that fossil gas can act as a bridging fuel to a low carbon future. Fossil gas is a false solution, all the more egregious when there are sustainable renewable sources of energy that are cost-effective and provide energy access for the poorest people through using indigenous wind and solar. Why ‘bridge’ when you can leapfrog to truly clean energy?”