Wala, a Cape Town-based blockchain start-up, is gearing up to roll out zero-fee banking services to the unbanked and underbanked in Uganda.

Founded by a pair of Americans, the company has partnered with a Ugandan microfinance institution to enable customers to fully transact via an app at no cost.

Samer Saab, co-founder and chief of product at Wala, told Moneyweb the company seeks to overcome financial and geographic barriers to banking and in doing so ensure easy access to bank accounts and banking services among the unbanked and underbanked. This would involve challenging the “backward” business model employed by banks.

According to him, banks typically don’t make money on fees. By using a blockchain-based digital-only model, the company is able to cut out incidental fees as well as those associated with “human intervention” and offer simple banking services – including transacting and savings – at zero charge.

To date, Wala’s android app is in the beta phase of testing, with some thousands of people sampling the product. It is due for public release in Uganda next year, with the company setting its sights on the likes of Zimbabwe, Nigeria and South Africa in the near future.

The idea behind Wala was born in Uganda, where co-founder and behavioural economist Tricia Martinez worked at the time. In running a programme in which unconditional cash transactions were directed to subsistence farmers using mobile money, she found that a lack of access to affordable financial services negatively impacted the storage of money as well as growth.

After participating in a London-based start-up accelerator in 2016, the pair decided to open up offices in Cape Town. Saab said Cape Town’s burgeoning fintech sector and reputation as a tech hub as well as South Africa’s position as a gateway to the rest of the continent proved attractive. “There are nearly 3.5 billion people worldwide that are excluded from the financial system. A large portion of that base is in Africa and we want to be on the ground with our users,” he said.

He said the company chose to partner with banks as they are currently “the most trusted place for users to save money”. It generates revenue through revenue sharing agreements, by acting as a conduit between banks and their customers, allowing customers to transact through the app and offering banks a host of digital services.

It also plans to issue its own cryptocurrency, the Dala token, to app users. Saab said the token, designed to be used in parallel with fiat currency, would initially be issued as a rewards token that can be exchanged for fiat in the app while allowing users to become familiar with the workings of a cryptocurrency. The decision to issue its own token, stems from wanting to optimise micro-transactions in that the transaction fees associated with bitcoin range from $5 to $8 whereas the average transaction amount among its users is around 80 US cents.

It has partnered with Veridium, a biometrics firm specialising in identity authentication through the use of mobile phones. Together, the two companies are partnering in a challenge to drive the use of biometric identification in financial services, funded by the Bill and Melinda Gates Foundation.

Saab said Wala has previously received funding from companies in the US, Europe and Africa. 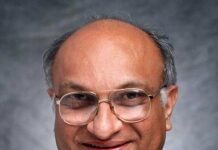