Home News BRICS setting up its own credit rating agency 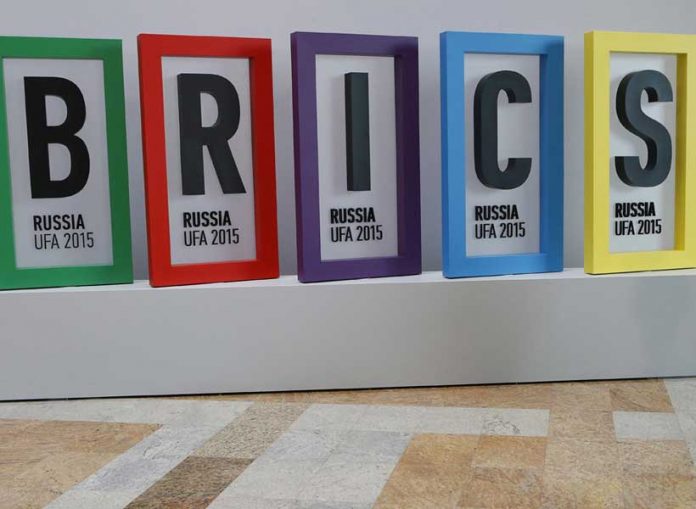 Experts on regional strategic policy have urged BRICS member countries to step up efforts towards setting up its own credit rating agency as an effective mechanism to consolidate the bloc’s new multifaceted spheres of cooperation. BRICS (Brazil, Russia, India, China and South Africa) is currently working on a set of new proposals including the establishment of women business club and a rating agency, among others, for the 10th edition of BRICS Summit scheduled to take place from 25-27 July, 2018, in Johannesburg, South Africa.

As far back in 2015, Prime Minister Narendra Modi of India called upon members of BRICS to take begin the BRICS credit rating agency. India has long held the view that a new rating agency would provide an immense contribution to the existing knowledge of rating systems. Since then, there have been discussions at several conferences and forums, the latest was during the special panel session on the future prospects of BRICS at the St. Petersburg International Economic Forum late May.

“As a first step towards creating such an agency, we propose the countries offer their national agencies to form a network. Our partnership with one of the Chinese rating agencies, Golden Credit, could be used as a prototype of this network,” Ekaterina Trofimova, Chief Executive Officer of the Analytical Credit Rating Agency, said.

There are also similar views. “Many foreign countries most often consider or rate BRICS countries, enterprises and financial institutions get a biased evaluation. We would like to see more neutral ones that we can further relate to,” according to Sergey Katyrin, President of the Chamber of Commerce and Industry of the Russian Federation. It’s necessary to have unbiased ratings of institutions of BRICS countries as there are is open to the world and consistently expanding ties with concerned countries and seek integration into business associations, he explained.

Jayshree Sengupta, a Research Fellow from the Observer Research Foundation in New Delhi, India, thinks that BRICS want to have their own rating agency and are set to have it soon because the three international rating agencies Moody’s, Fitch and Standard & Poor that dominate the world sovereign rating market have been rather unfair to BRICS members and other developing countries. They frequently downgrade them on unjust grounds and criteria that serve western political interests. They downgraded Brazil and Russia in 2017 and keep changing their grading about India, creating much uncertainty.

Sengupta indicated in an email interview that “their ‘issuer paid’ model of rating is biased and BRICS members are perhaps contemplating having their own rating agency on ‘investor pays’ model which may be more appropriate for their Emerging Market economies.”

While expressing the fact that the idea is highly laudable, Francis Kornegay, a Senior Research Fellow at the Institute of Global Dialogue, University of South Africa, explained recently to me that “it has something to do with the global economic balance of power as to whether there is sufficient leverage among BRICS countries and other emerging powers to provide such an alternative.”

Kornegay specializes on global geopolitical and strategic trends and he is also a long-term analyst of global South and emerging power dynamics and US foreign policy. As such, he recently produced, as lead co-editor, Laying the BRICS of a New Global Order: From Yekaterinburg 2009 to eThekwini 2013 (Africa Institute of South Africa).

The BRICS economic growth rate is increasing. “Starting last year, all BRICS countries have demonstrated positive trend in economic growth. Moreover, we expect that the growth rate will be increasing through 2018 and 2019, especially in India,” according to Yaroslav Lisovolik, Chief Economist and Managing Director for Research at the Eurasian Development Bank.

Thus, a BRICS own rating agency has the benefit of reducing the dependency of sovereign and corporate ratings of the developing world on the verdicts of the “big three” referring to Moody’s, Standard & Poor and Fitch. “The fact that all five BRICS economies are to participate in launching the ratings agency serves as a wide enough base to create sufficient demand and use of its ratings compared to the relatively narrow potential of national rating agencies,” he explained.

In other words, an alliance among the largest developing countries is crucial in launching such an enterprise – on top of the possibilities of operating in the BRICS countries themselves and there may also be the possibility to expand the operations of such an agency to the regional partners of BRICS countries, Lisovolik suggested.

On his part, Brazilian Ambassador to Russia, Jose Vallim Antonio Guerreiro questioned how the procedures of existing rating agencies could be applicable to all economies. “The question is whether this procedure includes all the relevant factors. You may need to look for alternative indicators and broad approaches to assess the health of economies,” he argued. “I do not believe that the new agency will be something to resist the existing institutions. They do their job, and certainly, there is a demand for their services. But it is possible that the BRICS countries will elaborate a different approach.”

Some experts still cast doubts about the feasibility of the project. “As far as I know, this endeavour was considered too expensive and not feasible at the moment,” Professor Georgy Toloraya, Executive Director at the National Committee on BRICS Research in Russia, wrote me simply without detailed discussion on the topic.

But, an Associate Researcher at the South African Institute of International Affairs (SAIIA), who requested for anonymity, strongly suggested that the BRICS credit rating agency as a business project could be well-managed if given to India, or at best, to China that previously offered a larger part of seed capital for the establishment of the New Development Bank.

The Financial Times reported that BRICS countries have long deliberated on plans to establish their own rating agency along with the formation of the New Development Bank. The BRICS member countries (namely Brazil, Russia, India, China and South Africa) collectively represent about 26% of the world’s geographic area and are home to 2.88 billion people, about 42% of the world’s population.