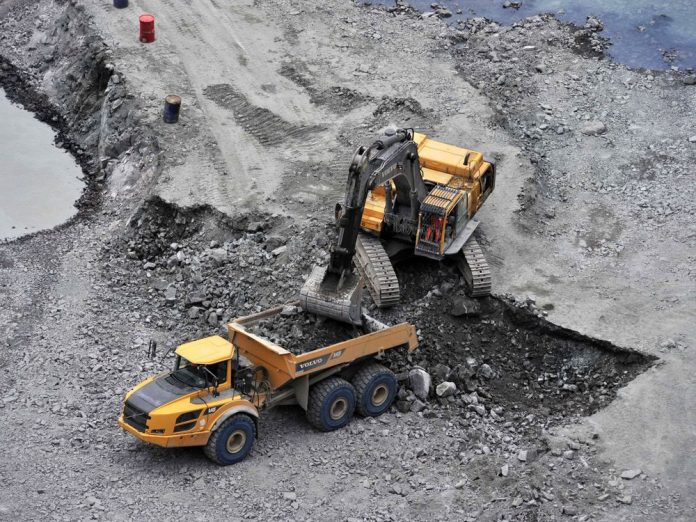 Billionaire Beny Steinmetz is back to mining diamonds.

The Koidu mine in Sierra Leone, controlled by the billionaire’s family trust, has started mining again after halting production for almost a year. It’s the latest step in a recovery for a business that’s spent much of the last few years in deep trouble.

While the mine produces some of most valuable stones in the world, it has faced a series of crises running from too much debt to the Ebola epidemic. In 2015, the mine became part of a fight between Steinmetz’s BSG Resources Ltd. and the government that involved BSGR’s CEO betraying its owners in secretly taped conversations.

In the past year, BSGR has worked to bring the mine back to life. It spent about $50 million to extend the life of the mine by converting it from an open pit to underground operation. The site can now produce about 400,000 carats a year, and that could be increased to 650,000 carats. Diamonds from the mine sell for an average of about $300 a carat, with only Gem Diamonds Ltd.’s Letseng mine and Lucara Diamond Corp.’s Karowe selling for higher prices.

“We’ve injected additional resources. That was tough, that’s why we fell behind with creditors,” said Dag Cramer, an adviser to Steinmetz. “This is the type of mining operation where you have to take the long-term view.”

The mine is located in Sierra Leone’s Kono region, which is renowned for the quality of its gems. The 969.8-carat Star of Sierra Leone, the fourth-largest diamond ever discovered, was unearthed in the area in 1972.

The diamond mine is BSGR’s only operating asset and has become something of a rebuke to wider claims that it’s only interested in flipping assets for a quick profit. The company became mired in controversy around the Simandou iron ore project in Guinea where it was accused of paying bribes to obtain the license. The company has always denied the claims.

It’s also one of the few operating mines left in Sierra Leone. Once one of the great hopes of West African mining, the industry has been hit by the iron-ore price collapse and Ebola epidemic that forced two of its biggest mines out of business. They still remain closed today.

BSGR still faces challenges with running the mine. To make it more profitable, the company needs to increase production by expanding the operation and also paying back its debts. The debt notes total more than $100 million and were bought by a specialist distressed debt investor from Standard Chartered Plc and Tiffany & Co.

“We’re not out of the woods,” said Cramer. “We’re trying to run this operation, meet all obligations, and make a return to equity holders. There is a new owner of the debt and they want to generate a profit. At the same time, they must appreciate that the equity owners also have skin in the game.”