Home Infrastructure Beyond renewables: the future of power system transformation 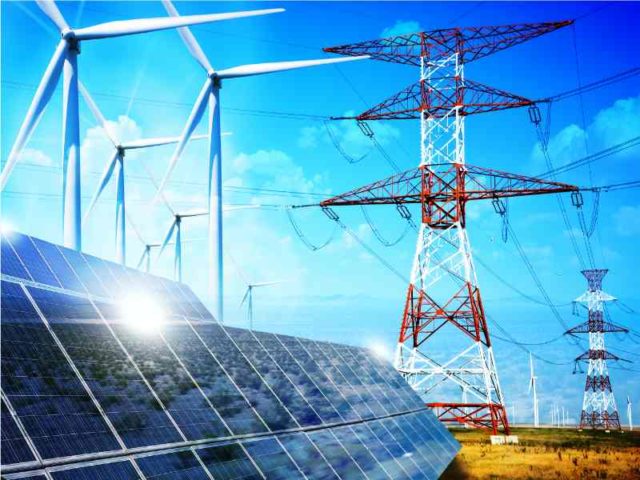 Advances in renewable technology in combination with growing concerns about the negative impacts of fossil fuel consumption have initiated a fundamental transformation of energy systems around the globe. This transformation, which goes beyond the deployment of renewables, presents enormous opportunities for the future.

In 2016, globally 161GW of renewable energy was installed, accounting for roughly two-thirds of total new capacity. Exceeding $240 billion in 2016, investment in renewables was roughly double that of investment in conventional sources, thanks to ever lower costs and increasingly mature markets.[1] Onshore wind and solar PV have been leading the race, accounting for $225 of the $240 billion spent on renewables worldwide. The trend toward ever cheaper renewables has been coming on for some time, and has gained steam over the past couple of years due to growing competitive procurement and other market developments. In several countries, renewable energy is already cost competitive with conventional technologies. In Morocco, Mexico, Saudi Arabia and a few other places, bid prices for solar and wind power have fallen to as low as 2 to 3 cents/kWh – significantly lower than any other technology.

This article originally appeared in Issue 1 2018 of our print magazine. The digital version of the full magazine can be read online or downloaded free of charge.

A recent IRENA report suggests that by 2022, renewable electricity generation technologies will be cheaper than coal, gas and nuclear in most countries.[2] Solar PV and onshore wind are both expected to be located at the very bottom of the cost range for conventional technologies. The finding that renewables-based power systems can be cheaper in general than conventional systems holds true even when taking into account additional costs that occur from power grid expansion and the increased need for balancing and back-up capacities.[3] Even offshore wind and concentrated solar power (CSP) are expected to be competitive, with costs anticipated to fall to 6 to 10 cents/kWh. Although hydro, geothermal and biomass can be relatively cheap as well, they face other challenges, including specific geological or geographic requirements, environmental risks, and resistance from local residents. Thus, most experts agree that wind and solar will be the two dominant technologies of the future (Figure 1).

The trend towards more wind and solar energy requires a paradigm shift in power system operations. Although energy demand has always been volatile, conventional systems are traditionally based on dispatchable, easily controllable generation units like gas, coal and hydro. In future systems, the growing share of weather dependent wind and solar energy will significantly increase the variability of the system. Figure 2 provides an example of the variability of the German system. Although solar radiation in most African countries is more stable and predictable than in Europe, the flexibility challenge remains: Power system operators need to put a much stronger emphasis on managing output variability, and to providing electricity in times with no or little wind and sun.

Until very recently, system operators around the globe shared the view that power systems could integrate only small shares of variable renewable electricity; the upper cap was often believed to be 5-10%. Higher shares would put system reliability at risk, it was argued. While this view is still prominent in many places, it has fundamentally changed in countries at the vanguard of the transformation. Today, some European countries like Denmark, Ireland, Portugal and Germany frequently have moments with 70%, 80% or even up to 100% variable renewable electricity in their system, and operators still manage to run the systems smoothly. How do they do this? Wizardry is not involved. Rather, system operators have learned over time how to deal with higher shares of renewable generation by providing specific training to employees, applying cost-effective short-term solutions, relying on enhanced weather forecasts, and investing in grid infrastructure.

Certainly, in power systems with high shares of variable renewables, mature power grids, such as those found in Europe, are a great asset. Micro grids and smaller regional grids can mitigate the flexibility challenge as well. Many regions in Africa, however, lack such grids. Fortunately, all power systems inherently possess some flexible resources, including dispatchable generation units (hydro, natural gas), power storage systems and demand response potential. Depending on the specific resources, each country and region can deploy some or all of these resources Figure 3). The bottom line is that global experience gathered in recent years shows that power systems with very high shares of variable renewable energy can be operated both cost-effectively and reliably.

However, interpreting the transformation of power systems as a purely technical and economic phenomenon would miss the big picture. Instead, the transition to renewables is deeply political. In many countries we observe reluctance and even resistance to change, usually as a result of ignorance, path dependencies, vested interests, and/ or corruption. Successfully managing the transformation of energy systems thus requires an active policy that is especially concerned with those most affected by structural change, be they coal miners or incumbent utilities.

The cost of developing renewable technologies has primarily been borne by consumers in a small number of industrialised countries. Today, and in the future, nations and consumers around the globe can benefit from cheap and clean energy. For some countries with high solar radiation and abundant land availability, the future of the global energy system might bring additional advantages, as densely populated countries with less advantageous renewable resources and high demand might need to import clean energy. One option might be to buy synthetic fuels that are produced with renewable energy in sunny and windy countries and then shipped abroad. A number of African countries with natural competitive advantages might see participation in this economic sector as an opportunity for industrial development.

[3] The system costs of the transformation are highly country-specific as they depend on available resources and characteristics of the specific energy system. See: International Energy Agency (2014): The Power of Transformation; Agora Energiewende (2015): The Integration Costs of Wind and Solar Power.