Home Infrastructure Africa’s pension funds can be quite handy 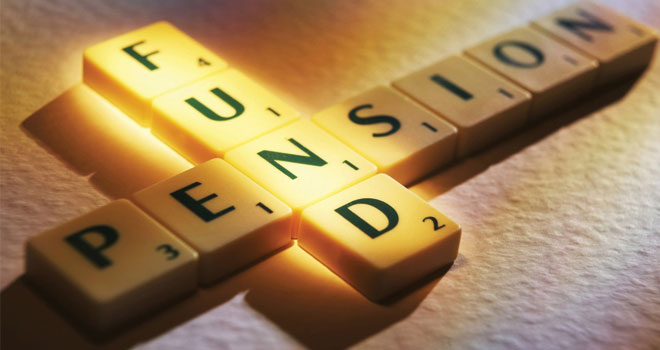 In Africa, there has been the emergence of an ecosystem built around pension funds. A recent institutional investor study estimated that the ten largest funds in Africa held a combined $310 billion in assets.

This has transpired for a number of reasons, not least being the fact that many of these countries are switching from defined benefits to defined contribution schemes. In Botswana, where the shift took place in 2001, there are more than 100 pension funds jostling for funds in a country that has a population of 2 million. The top ten funds account for more than 80 per cent of the assets accumulated, a figure similar to other countries in the continent as well.

Yet what is clear is that these countries have been good at amassing capital rather than deploying it, the shallow nature of the domestic markets being a decisive factor. In Ghana, there are less than 50 companies listed, and average daily volumes have shrunk in the last couple of years.

In most countries, the default option remains investing in domestic treasury bonds; in Nigeria, more than 80 per cent of the portfolio is invested in government securities.

This limits growth for the industry. More importantly, what it does is limit the return on assets these managers can achieve, especially if they end up chasing the same pool of assets. Weak currency regimes further exacerbate the problem, and in response, what is transpiring is an increasing willingness to look abroad for opportunities.

Although the pace of reform in pension funds is uneven across Africa, what is common is the clarion call of achieving higher returns to not only capture a higher market share, but also to cater to existing clientele who are getting restless with the uneven pace of returns achieved in the past.

What we are also witnessing is a new generation of investment professionals coming to the fore, thereby changing the mindset and who are deploying sophisticated asset management techniques by way of achieving geographic and asset diversification. They are also leveraging financial instruments to increase returns.

In many instances, the first step towards diversification has been to look at the West, such as London. However, in recent years, the focus has been turning towards the Middle East, and Dubai in particular, as managers become increasingly enticed by the prospects of investing in hard currencies in a jurisdiction that offers stable, annuity-oriented returns.

In South Africa, the law allows pension funds to invest up to 25 per cent of their assets abroad, and even though the initial flurry of deals that followed were within the continent, the largest funds have now increasingly moved towards Europe and Middle East. In Botswana, the law is even more liberal, allowing up to 70 per cent of the assets to be invested offshore.

There is a sense of inevitability around the pension fund industry in Africa — a fait accompli in the sense of funds increasingly being invested abroad.

It is here that Dubai and the UAE stand to benefit, by looking at these investment pools as opportunities to attract stable long term capital. Undoubtedly, given the infrastructure deficit that is inherent in many of the African countries, there are cross-fertilisation opportunities.

UAE based developers — both government-owned as well as private — stand to benefit by using pension funds as a gateway to capitalise on the investment opportunities that are rife in Africa’s real estate and construction sectors.

Given the development of the financial sector, it is but natural the best fit is through these common investment vehicles for mutual financial benefits.