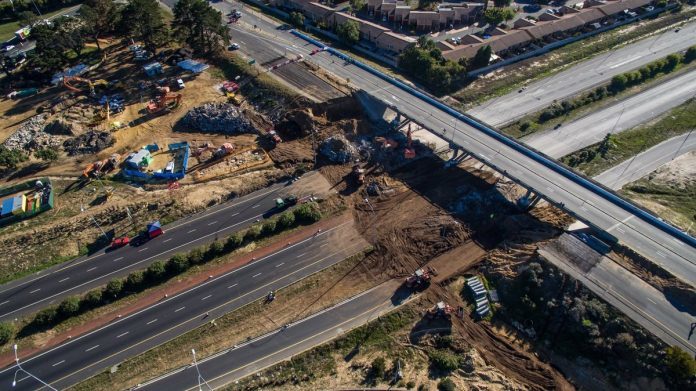 The project, which has gobbled US $35m investment in roads infrastructure by the Department of Transport and Public Works, was started in February 2016 and has taken three years to complete.

The stretch of the N1 has been known to experience severe levels of congestion at both morning and afternoon peak periods. Congestion on the route has in the past led to extended commuter peak hour traffic duration of up to 4 hours, which in turn has started to impact on the commercial and business traffic flows. With the project now completed, motorists can expect a smoother flow of traffic on both the inbound and the outbound lanes.

Construction works were split into four phases which included additional lanes on the carriageways of the freeway to improve traffic safety and capacity, new auxiliary lanes to improve weaving conditions, extension of the existing concrete median barrier to prevent head-on collisions, intersection improvements at various parts of the freeway, demolition and reconstruction of the Old Oak West bridge and repairs to other bridges along the freeway.

The project also included works to the existing water pipeline in the middle of the freeway. Project contractors made every effort to ensure minimal disruption to traffic during the construction phase of the project, with periodic road closures being necessary at different stages.

The contractor has also employed 6 National Youth Service (NYS) learners as part of the project. These learners will receive invaluable practical training, mentorship, and skills for the six-month period that they will be employed.