Home Africa Green Infrastructure Investment Bank (AGIIB Rich Countries Must Bear the Cost if We Can Ever Hope to... 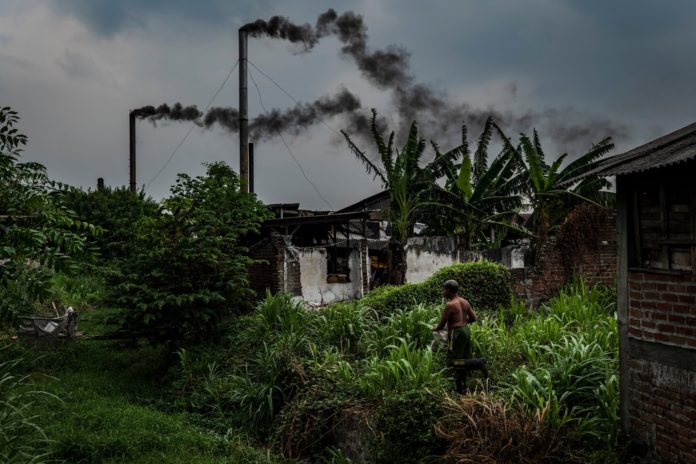 As the leaders of the World Bank and the International Monetary Fund meet this week, they have a chance to reimagine how the world can use finance to reduce the risks from climate change.

For the economies working toward the goal of achieving by 2050 a net-zero world — one where we have removed as much of our carbon emissions as we produce — a huge obstacle will be mobilizing enough private investment to help developing countries do their part. In the coming decades, emissions from fast-growing emerging markets such as Brazil, India, Indonesia and South Africa are expected to increase at faster rates than those from rich countries like the United States, the members of the European Union and Japan. If this comes to pass, the entire world will be overwhelmed by the effects of climate change.

Achieving the net-zero transition will require unprecedented levels of investment in technology and infrastructure. Investments in low-carbon projects in poor countries will need to total more than $1 trillion a year — more than six times the current rate of investment of $150 billion.

Governments can’t finance this scale of investment alone, and emerging markets have struggled to attract private capital. Institutional investors, like pension funds and insurance companies, are wary of putting people’s savings into markets where there may be worries about political stability, credit risk and the enforceability of contracts. These types of investors have a duty to act in the best financial interests of their stakeholders. Making emerging markets a viable option for institutional investors will take structural reforms requiring many years — time the world doesn’t have.

So how do we get the necessary levels of investment in time?

Rich countries must put more taxpayer money to work in driving the net-zero transition abroad. Their current efforts, while growing, are insufficient — the current level of emerging-market climate investment includes just $16 billion of grants annually from the governments of developed countries.

Based on research by my company, BlackRock, stimulating $1 trillion per year of public and private investment to reduce emissions will require closer to $100 billion in grants or subsidies from countries that can afford it, like members of the Organization for Economic Cooperation and Development and China. While the figure seems daunting, especially as the world is recovering from the Covid pandemic, a failure to invest now will lead to greater costs later.

The climate disaster will not respect national borders. Without global action, every nation will bear enormous costs from a warming planet, including damage from more frequent natural disasters and supply-chain failures. Investing $100 billion in public funds annually over the next 20 years would prevent costs of at least 10 times that amount — the likely consequence if we fail to meet the 2050 target for net zero.

An essential part of raising the scale of capital necessary to transition emerging market economies to net zero will be using public finance to raise more private capital. Government funding in the form of grants and subsidies can absorb some of the risks that come with investing in emerging economies. They can make climate projects a viable option for institutional investors.

Today, the amount of private capital raised for every grant or subsidy is dismal. The World Bank and other multilateral development banks estimate that for every dollar of public capital they have lent, they attract, on average, less than a dollar of private finance. By sharing some of the risks that deter private investors from investing at all, government finance can help make emerging markets a realistic proposition for private investors.

Multilateral institutions like the I.M.F. and the World Bank are often criticized for being too slow to adapt when faced with crises. One alternative is to design new financial institutions to deploy capital to fight climate change.

But I believe it is possible to reinvent the existing multilateral development banks, multilateral agencies and climate funds so that they can channel grants and subsidies from developed countries more effectively. We need to leverage the local knowledge of these institutions and invest in solutions like green banks that can take this capital and blend it with international public and private finance.

My hope is that the leaders now meeting in Washington are willing to be bold and push international bodies to overhaul their approach to climate finance for poor countries. Time is running out.