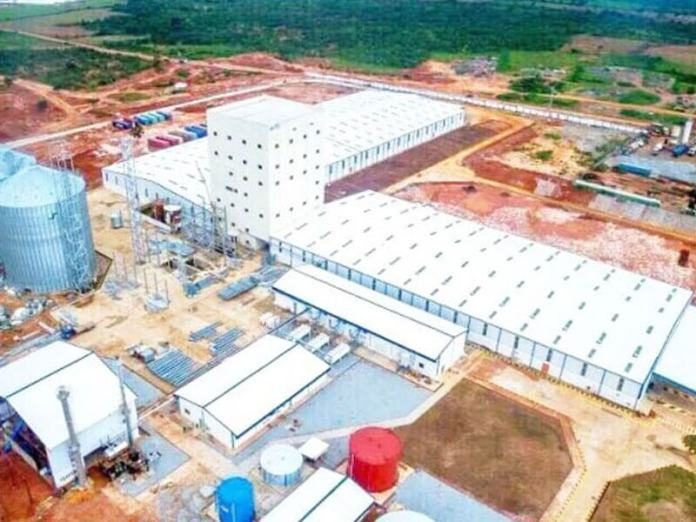 The annual Kaduna Investment Summit has great economic potentials, but its fulfilment rests heavily on how well government is able to manage the alarming security situation in the state, reports John Shiklam

Kaduna State aspires to be a leading commercial and industrial centre in the North, after Kano. The state has all the ingredients to attract businesses and investments. But what seems to be lacking is the political will to create the enabling environment for investment.

The Governor Nasir El-Rufai administration is trying to change the narrative. To change the fortunes of the state blessed with abundant mineral, agricultural and human resources, El-Rufai, in 2016, initiated the Kaduna Investment Summit (KADINVEST) to open up the state to investors. The first edition of the summit attracted prominent business men and women from within and outside the country.

The summit seeks to highlight the abundant untapped resources in the state. After three successful editions of KADINVEST, it seems to be yielding some results. According  to  the then Executive Secretary of Kaduna Investment Promotion Agency (KADIPA), the agency charged with promoting business and investment in the state, Alhaji Gambo Hamza , the summit  has boosted  the profile of the state’s economy within the international community.

The third edition of the summit held on April 4 and 5 and was attended by many local and international businesses men and women, including a former President of Tanzania, Dr. Jakaya Kikwete.

Speaking on the dividends of the summits, El-Rufai said his desire was to make Kaduna a state of abundant economic opportunities for citizens.

“Our hope is by 2020, Kaduna would be a destination for business investment and the food basket of northern Nigeria, where all citizens will have access to quality education, so we are investing in human capital,” he said.

The governor said in the last two years since KADINVEST was launched, investors had responded positively by setting up businesses in Kaduna.

One of such investments is the establishment of the largest integrated poultry farm and animal feed mill in Sub-Saharan Africa worth $150 million by Olam, a Singaporean firm, creating about 10,000 direct and indirect jobs.

The N20 billion facility, located along Abuja road, was commissioned by President Muhammadu Buhari in September 2017.

“We have so far attracted investment and affordable housing equivalent to about a $100 billion,” the governor said.

Vicampro, another agro business, is building a large potato farm and processing plant in Kaduna State, an investment of about a $100 billion.

“We also attracted an investment of nearly $40 million to build neighbourhood centres and markets across the state with potential jobs of over 2, 000,” El-Rufai said.

Other investments that have been attracted to the state, according to the governor, include Mahindra tractor assembly plant, an Indian business that would be assembling tractors in Kaduna for Nigeria and the West African market; Sunseed feed mill in Zaria, a $10 million investment, creating about 300 jobs; and Tomato-Jos, which has relocated to Kaduna.

According to him, “We also have the Kaduna ICT hub, which houses the largest business processing operations in Nigeria. It is a $5 million investment. Blue Camel Energy Assemble Solar panel in Kaduna is a $200,000 investment.

“We have these investment opportunities and businesses that are on-going since we unveiled Kaduna Investment Summit.”

He said the first edition of the summit in 2016 focused on the Kaduna State development plan, a five-year plan that focused on delivery of jobs, social justice and prosperity.

“Our hope is that by 2020, Kaduna would be a destination for business investment and the food basket of northern Nigeria where all citizens will have access to quality education,” El-Rufai said.

He projected that going by the five-year economic plan, investments worth over N800 billion was expected. “I will say with all sense of modesty that our investment summit is not a talk shop.”

El-Rufai said other investments on the way were from a Dutch textile company. He said, “We are in touch with Velisco, the Dutch company that produces African prints, to build a textile park in Kaduna. We are also working with Alam, one of the dairy companies in the world, to start a dairy farm and ranches in Kaduna.

“We are working with Zailani Aliyu to establish Automotive village. We are also establishing Kaduna Produce Marketing Company, so that our farmers can market their products.

“We are working with investors to build two Five Star hotels in Kaduna. We have nearly concluded arrangements to start the construction of the 200 beds Kaduna Hilton hotel. We are working with Dangote and Peugeot to get a new Dangote-PAN assembly plant.”

According to the governor, Kaduna needs about $65.6 billion investment in infrastructure from now to 2050.

Over the past two years, internal revenue generation has shown some improvement. For instance, N26.53 billion was generated in 2017. Chairman of the Kaduna State Internal Revenue Service, Mukhtar Ahmed, said the figures represented 52 per cent of the N50.2 billion targeted for the year and an increase of N3.5 billion from N23 billion generated in 2016.

Ahmed added that the state targeted N42 billion as internal revenue in 2018.

The former Tanzanian President Kikwete noted that a conducive investment environment was a critical factor, stressing that if the environment is not conducive no investor will come.

Equally speaking at the summit, Minister of Transport Chibuike Amaechi urged investors not to be dismayed by the kidnappings in parts of the country, saying investments can provide jobs and end crime.

However, many critics are not impressed with the investment submit, as they view it as a mere jamboree and waste of public resources.

Spokesman of a faction of the ruling All Progressives Congress (APC) in the state, Murtala Abubakar, while admitting that investments drive the economy, however, said the state government had not created the enabling environment to attract investors. Abubakar noted that the increasing crime rate, especially the activities of kidnappers, cattle rustlers and armed bandits were enough to scare investors.

“For you to attract investments, you need to create the enabling environment,” he said. “You need to have a secured society so that investors will not have issues of insecurity when they come with their money. Kaduna is a state that seemed to be under siege. Go to Southern Kaduna, it is not secured, go to Birnin Gwari, Kajuru, Abuja road and other axes, people are being kidnapped day in day out. So under such atmosphere, there is no investor that will come.”

He added, “Apart from Olam, I challenge them to show us any serious investment that has taken off in the state. What we actually need is not investment submit, but security submit to deal with issues of insecurity – kidnapping, cattle rustling, farmers/herders clashes. Until the environment is secured before you attract investors.” According to Murtala, the Vicampo Potatoes investment, which the governor talked about, is yet to take off. Investigation revealed that the project was stalled because the host community raised issues over the land.

However the acting state secretary of APC, Yahaya Baba Pate, said the investment forum had been most beneficial to the state.

Nevertheless, insecurity remains a big challenge to the state. There are rampant cases of kidnapping and killings, especially along the Abuja road, Birnin Gwari, and the southern part of the state.

The emergence of street gangs in some parts of Kaduna metropolis also poses a serious security problem.

It is believed that more investors would be attracted to the state if the issue of insecurity is addressed.