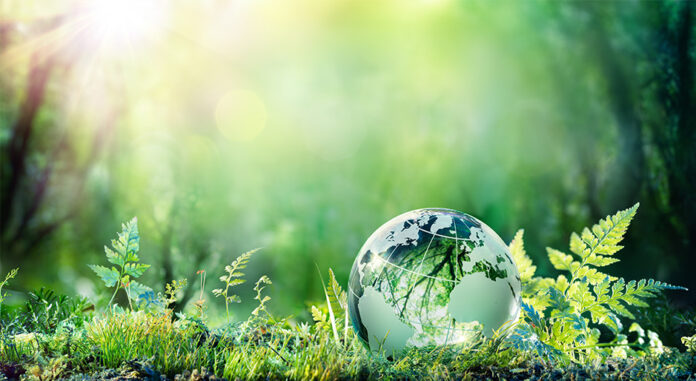 It formed part of the AfGIIB Road to COP 27 Series, which took place during COP 26 that concludes in Glasgow on 12 November. The Summit focused on recognising that the $3.4 trillion newly-established AfCFTA, which is the largest free trade area since the establishment of the World Trade Organisation (WTO), offers unprecedented Scope 3 investment opportunities in green, resilient, and trade-enfranchising supply chains. Furthermore, AfCFTA also provides opportunities in digital, industrial, and cross-border infrastructure which will accelerate Africa’s transition, integration, and competitiveness in the global green industrial economy.

Participants underscored the importance of a proactive and correlative approach to delivering Scope 3 emission reductions, recognising that someone else’s Scope 1 and Scope 2 could very well be another parties’ Scope 3, and vice versa.

The Summit was chaired by Hubert Danso, CEO and Chairman of African investor (Ai), The Continental Business Network (CBN), CFA Asset Owners Council (AoC), and the AfGIIB Advisory Board.

According to Dr Mayaki, “greening supply chains and trade in support of the AfCFTA is a pan-African, real economy transition plan. It is a once-in-a-lifetime and generational opportunity for institutional investors and governments across the continent to design and share in the climate and economic dividends of a greener African trade ecosystem.”

Participating investment and government leaders at the Summit recognised that Scope 3 emissions represent 70% of the required carbon reductions and predominantly come from industry and the private sector. They agreed that, with the appropriate policy and regulatory framework in place (and given Africa’s under industrialisation), the continent is uniquely positioned to leapfrog the transition, potentially faster than OECD markets.

To this end, investing in greening the AfCFTA is a measurable and impactful platform for institutional investors to positively support the just transition and deliver Scope 3 reductions in Africa. If de-risked and facilitated through the proposed IIPP Model Law framework, this must happen on commercial and inclusive terms. It is something that the CFA Asset Owners Council champions as a global public good and is promoted through the African Union’s 5% Institutional infrastructure investment Agenda which will be drafted by the global law firm and COP 26 legal services provider’, DLA Piper.

Commenting on the AfGIIB Model IIPP Law, Ambassador Warlick from the IEA said that “fostering the financial conditions for a rapid deployment of clean energy in emerging and developing economies, including Africa, is one of the defining challenges of our times.”

According to Ambassador Warlick, “the creation of new regulatory frameworks, such as the AfGIIB’s innovative ML IIPP Framework, will help tackle many of the cross-cutting issues, allowing for the mobilisation and deployment of private capital at scale and at speed.”

Speaking at the Summit on AfGIIB’s collaboration with the AfCFTA, Secretary General Wamkele Mene of the AfCFTA Secretariat commented, “I fully endorse and support the initiative of the AfGIIB to ensure we identify and translate green investment opportunities. It is absolutely critical that we have a clear strategy about how we are going to inject green investment into all our industrial action plans and the roll out of the AfCFTA, so we have a green AfCFTA and that the investments we make, are investments of the future.”

Participating leaders unanimously highlighted the urgent need for COP 26 to restore confidence and resolve the high vintage Just Transition’s adaption and mitigation finance promises. This is where the world’s richest nations are seeking to persuade Africa, which represents only approximately 4% of cumulative global CO2 emissions, to forgo the development of its $15.2tn of proven fossil fuel reserves, in return, for a share of a broken pledge of $100bn per annum (which UNCTAD research highlights should actually be between $300bn and $500bn annually).

The Just Transition funding is a governmental commitment which is increasingly being passed off to the private sector. This heightens the importance and urgency for the investment community to table innovative de-risking frameworks and pathways for institutional capital to flow. In turn, these can assist fund Africa’s Net Zero transition and ensure governments, multilateral development banks, and development partners create instruments to take out key risks such as political, duration, and currency risks, amongst others. This will enable the $100trn, plus pool of private capital, to be mobilised at scale, and deployed at speed in support of Africa’s green transition.

The Just Transition has become a mainstream ESG (environmental, social, and governance) metric for institutional investors and global corporates. During COP 26, the World Benchmarking Alliance (WBA) launched the world’s first Just Transition Corporate Assessment Framework. This measures what 180 of the world’s most influential companies in high-emitting sectors (electric utilities, oil and gas, and automotive) are doing, to ensure that the transition to new business models in the context of their climate plans is just for workers and communities. Furthermore, it minimises stranded capital and assets for investors.

Speaking at the Summit, the ICC’s Denton AO said “we clearly need businesses to get out and speak up, not just on the commitments they are making, but on the policies and frameworks they need to see from governments. This will enable the rapid decarbonisation of the economy in a way that enables a genuinely just transition. The need for advanced economies to deliver on the $100bn of climate finance for developing countries is one of those issues.”

Furthermore, he commented that “we need the most support from business in transitioning to a greener future. I very much hope that the AfGIIB will play a catalytic role in such an ecosystem, to help green supply networks across the continent and to deploy capex at scale, where it is actually needed.”

Lam–Frendo of the GI-Hub stated that “the African Green Infrastructure Investment Bank will play a key role to bring capability and capacity to enable investment from institutional investors into a trusted mechanism. This will support emerging markets who need the additional risk mitigation to be put in place to compensate for their often-low sovereign credit rating.”

She continued, “a vehicle such as the AfGIIB will play a key role in accelerating more sustainable and resilient and inclusive infrastructure to help the continent in moving to solid recovery.”

AfGIIB announced the launch of the AfGIIB Advisory Board COP 27 Institutional Investor Advisory Committee, to support the COP 27 investor engagement and mobilisation process. This will, in collaboration with the African Union Development Agency (AUDA)-CBN, act as the institutional investor coordinating body for asset owner initiatives (from domestic and global pension and sovereign wealth funds), in the run-up to and at COP 27 next year that will take place at Sharm el-Sheikh in Egypt.

Commenting on the Committee’s focus for COP 27, Danso, the Co-Chair of the AfGIIB Advisory Board COP 27 Institutional Investor Advisory Committee, said “the AfGIIB committee will primarily build on the important work and momentum from the COP 26 finance track and events hosted in Glasgow, as well as the complimentary asset owner initiatives around next year’s UN General Assembly in New York, the African Union Summit in Addis Ababa, the Commonwealth Heads of Government Meeting (CHOGM) in Rwanda, the G7 in Germany, and the G20 Summit in Indonesia.”

The AfGIIB COP27 Institutional Investor Committee’s focus, will be to provide an inclusive platform for the African and global asset owner community. It intends to design and showcase scalable, innovative Net Zero partnership initiatives and policy recommendations built around AfGIIB’s IIPP framework and model law that it can showcase at COP 27.

Dr Mayaki stated that “we fully support the African Green Infrastructure Investment Bank initiative and its eminent AfGIIB Advisory Board COP 27 Institutional Investor Advisory Committee. We will count on its leadership and wise counsel on the COP 27 institutional investor track of activities, as Africa prepares to host COP 27 in 2022 under the Egyptian presidency. AfGIIB will play a prominent role in the success and participation of the global institutional investment community and the African private sector at COP 27 that will run from 7 to 18 November 2022.”

Tim Gould, Chief Energy Economist of the International Energy Agency (IEA) stated that, “With the launch of the African Continental Free Trade Area (AfCFTA) earlier this year, there is now very important impetus to create a coordinated, pan continental approach to green investment that could support access to the growing pools of sustainable capital from advanced economies.”

Institutional investment leadership expectations have been set for The Road to COP 27. They expect to drive significant innovative capital mobilisation and strategic allocations work with a particular focus on innovative risk sharing models. This will result in several best of class asset owner-led initiatives and proposals being delivered at COP 27. Furthermore, there will be a flurry of announcements from institutional investors on how long-term capital will not only decarbonise their portfolios, but also how those decarbonised portfolios will green the real economy and Scope 3 emissions in emerging and developing economies.

Upon closing the Summit, Danso called on COP 26 negotiators in the last hours, to dig deeper and unleash the genius of compromise so we no longer delay and deny a climate safe future to billions of vulnerable people and our fragile planet. He went on to say, “let us be on the right side of science and history, and deliver a just, inclusive, and equitable transition for all.”

The African Green Infrastructure Investment Bank (AfGIIB) initiative is an African Union-convened and supported, African institutional investor-led, global finance initiative. It has been established to catalyse private capital for Africa’s green transition in the run up to COP 27 in Africa and beyond.