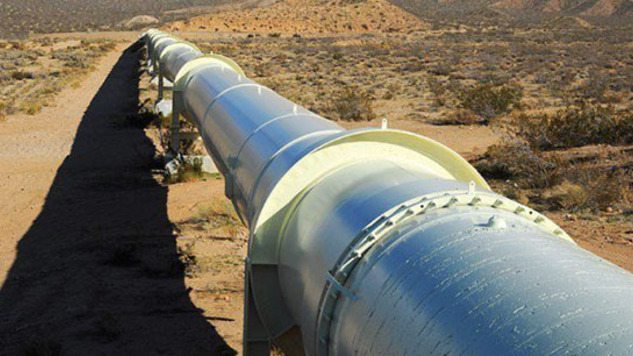 The Environmental Social Impact Assessment (Esia) report for the East Africa Crude Oil Pipeline (Eacop) is in the final stages and is set to be completed by next month. This is according to Total East Africa B.V’s social and land manager Jean Lennock, who said the completion and approval of the report will give the green light to start of the implementation of the US $3.5bn Ugandan-Tanzania pipeline project.

Mr. Jean Lennock pointed out that the report will be submitted to the National Environment Management Council (Nemc) by December for approval. “Land surveys completed on all pipeline corridor and facility sites. Issuance of Esia certificates will follow after the report is being approved by the Nemc,” Lennock explained.

Also read: Kenya to construct oil terminal at the port of Mombasa

The Ugandan-Tanzania pipeline project which links Hoima in Uganda to Tanga Port in Tanzania, is estimated upon completion, to have a capacity of transporting 216,000 barrels of crude oil per day. It will run 1,149km in Tanzania while traversing eight regions and 24 districts while the Ugandan section will be 296km-long passing through eight districts and 24 sub-counties.

The company’s environmental Manager Stan McBride, further expounded that the firm has embarked on various mitigation measures to minimize possible environmental hazards, to be caused by the pipeline.

The US $3.5bn inter-governmental agreement which was signed in May 2017 development of the 1,445-kilometre Eacop, is bound to create 10,000 jobs for the host communities during construction and benefit the host countries through revenues and taxes. Funding for the project will be made through project finance agreement where banks and financial institutions are expected to finance 70% of the cost while the Ugandan and Tanzania government alongside stakeholders would finance the remainder.

The project is planned to transport crude oil produced in Uganda’s Albertine Graben to Tanga Port in Tanzania to enable access to the market through the Indian Ocean. According to earlier negotiations, Uganda will pay Tanzania  US $12.20 for each barrel flowing through the pipeline.

“We expect to see a massive flow of foreign direct investment in the country amid completion of the pipeline project,” Tanzania Petroleum Development Corporation’s advocate Goodluck Shirima said.

Upon completion, EACOP pipeline project will become the world’s longest heated crude oil export pipelines. It will enable access to the market through the Indian Ocean