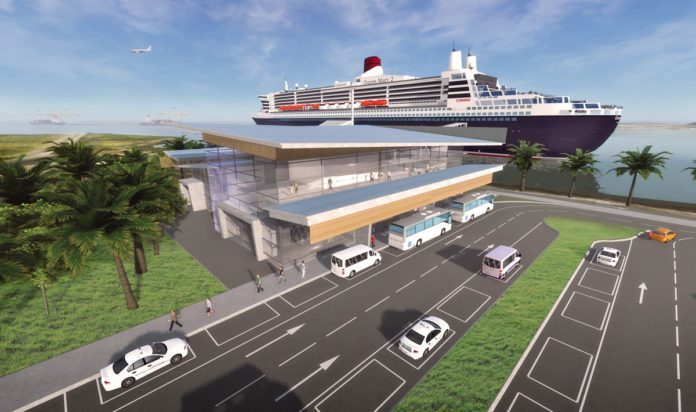 Construction works of US $3.5m world class cruise ship terminal at the Port of Mombasa is set to be completed in August next year.

Tourism and Wildlife Cabinet Secretary (CS) Najib Balala confirmed the reports and said that completion of the cruise ship terminal will be in time for the cruise season in November.

The cruise ship terminal is being constructed with a funding from Kenya Ports Authority (KPA) and Trade Mark East Africa. It is expected to give tourism a huge boost as more cruise ships dock at the port. According to the tourism CS, Kenya is increasingly becoming attractive to cruise ships, revealing MS Nautica operated by Oceania Cruises will arrive at the port in December, with about 700 visitors.

“We have seen good interest by cruise liners attracted to Mombasa port. Kenya has been eyeing cruise tourism growth after the segment improved significantly in the last two years with thousands of visitors arriving in the country by sea,”said the CS.

The modern facility which began construction in 2016 will feature; the terminal arrival and departure areas for passengers, a lounge for passengers, an immigration office, reception counters for cruise operators, restaurants and souvenir shops. Cruise tourists will enjoy facilities just like those offered at the international airports.

“The cruise ship is good for the hospitality business. We will get many international tourists and attract big ships. We should create awareness on cruise ship tourism so that Kenyans can tap into that business,” said Najib Balala.