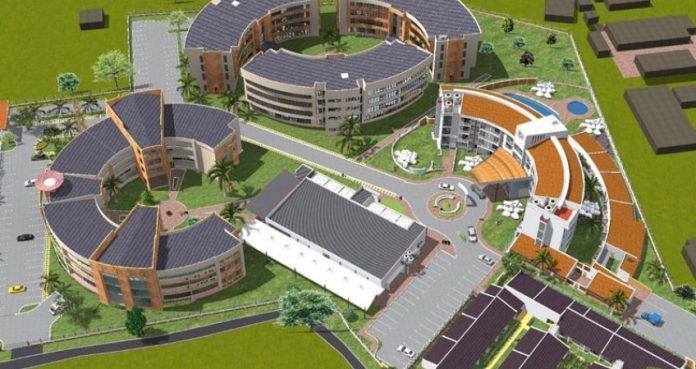 Construction of Kabaale International Airport in Hoima, Uganda is now 21% complete. This is according to SBC Uganda, contractor in charge who pointed out that work done so far includes earthworks for a runway which involved digging up and compaction of soil up to 27 meters from the ground to ensure an absolutely firm foundation.

SBC Uganda Limited – a joint venture company between United Kingdom’s Colas Limited and a subsidiary of Israel’s Shikun and Binui namely SBI International Holdings of Uganda– were in April 2018 given the mandate to undertake the construction woks of the project.

The work includes paving a 3.5 kilometers (11,000 ft.) of runways, carrying out of earthwork and drainage activities, pouring of cement and asphalt, building of electro-mechanical systems, building communications and navigation systems, construction of an air traffic control tower, a cargo terminal, additional residencies and service structures.

Speaking after a tour at the site, Civil Aviation Authority’s manager for public affairs Vianney Luggya said that the first phase of construction which includes the runway and cargo-handling facilities, is expected to be ready by next year. This phase is above all made to support the construction of the oil refinery due to the runway’s capability to handle big and heavy aircrafts.

“In 2022, the second phase of construction shall be delivered. This phase emphasizes on the facilitation of passengers. It shall therefore boost tourism and business especially in the agricultural sector,” said Luggya.

Upon completion, the US $294m project partly funded by the United Kingdom Export Finance (UKEF) and Standard Chartered, will also have an Aircraft Parking Apron on a 81,500 square meters space with the capacity to park four large body aircrafts and a possibility of further expansion in future. Generally, Kabaale will be the second international airport in Uganda after Entebbe.