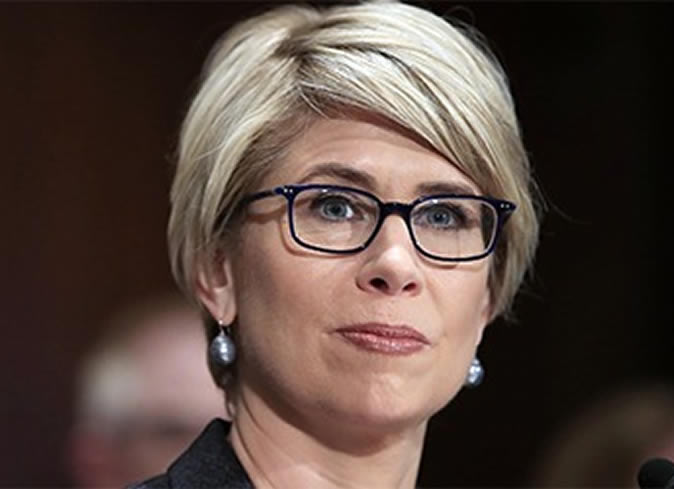 WASHINGTON – President and Chairman of the Export-Import Bank of the United States (EXIM) Kimberly A. Reed today addressed the President’s Advisory Council on Doing Business in Africa (PAC-DBIA), highlighting how EXIM can help U.S. businesses export their American-made goods and services to Africa, including U.S. small businesses and women- and minority-owned businesses.

In her remarks, Chairman Reed commended PAC-DBIA on its Keys to Success Report, which highlights EXIM’s role in Prosper Africa, a whole-of-government economic effort to substantially increase two-way trade and investment between the United States and Africa.

“As our nation focuses on economic recovery in the wake of COVID-19, I am grateful that the President’s Advisory Council on Doing Business in Africa recognizes the importance of the role of export finance when it comes to doing business in Africa, especially for small businesses and women- and minority-owned businesses,” said Chairman Reed. “With six of the 10 fastest-growing economies in the world and more than one billion customers, there may be no greater region of the world where U.S. government-supported export finance is as critical as it is in Africa, and EXIM has a productive history there. EXIM has a Congressional mandate to promote the expansion of the agency’s financial commitment in sub-Saharan Africa, and currently has financing support of over $8 billion on the continent, the highest in the history of the agency, and we want to do even more.”

Last year, EXIM’s Board of Directors approved the largest transaction in the history of the agency, a $4.7 billion direct loan for the development and construction of an integrated liquefied natural gas (LNG) project in Mozambique, that supports an estimated 16,700 U.S. jobs in eight states. This transaction, in support of Prosper Africa, illustrates the whole-of-government approach, with the U.S. Departments of State and Commerce and other agencies also playing an active role in support of the project.

This was the third PAC-DBIA meeting in its 2019-2021 term to deliberate and adopt recommendations on measures the U.S. government should consider in implementing and operationalizing the President’s Prosper Africa initiative. The PAC-DBIA was established in 2014 to provide analysis and recommendations to the President, through the Secretary of Commerce, on strengthening commercial engagement between the United States and Africa. The PAC-DBIA continues to play a critical role informing U.S. government policies and activities across the continent.

In June 2019, President Donald J. Trump appointed the members of the 2019-2021 term of the PAC-DBIA, who represent small, medium, and large U.S. companies as well as a diverse range of industries and economic sectors.

ABOUT EXIM:
EXIM is an independent federal agency that promotes and supports American jobs by providing competitive and necessary export credit to support sales of U.S. goods and services to international buyers. A robust EXIM can level the global playing field for U.S. exporters when they compete against foreign companies that receive support from their governments. EXIM also contributes to U.S. economic growth by helping to create and sustain hundreds of thousands of jobs in exporting businesses and their supply chains across the United States. In recent years, approximately 90 percent of the total number of the agency’s authorizations has directly supported small businesses. Since 1992, EXIM has generated more than $9 billion for the U.S. Treasury for repayment of U.S. debt.